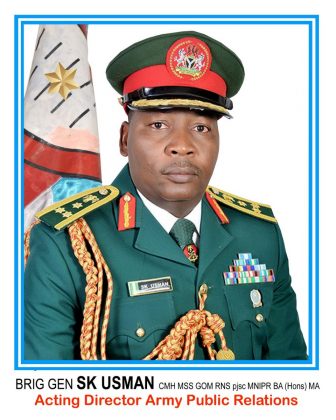 The Army Council on Monday approved the promotion of 231 senior officers to the next ranks.

Among those promoted to Major-General are T.O.B. Ademola, Nigeria Defence Attaché to China, K.O. Ogundele, Director Coordination at the Armed Forces Command and Staff College, O.N. Ugo, and A.O. Uthman.

Usman said the only Major promoted to Lieutenant Colonel is U.A. Musa.

He said the promotion was to re-energise the beneficiaries toward the discharge of their tasks and responsibilities. (NAN)