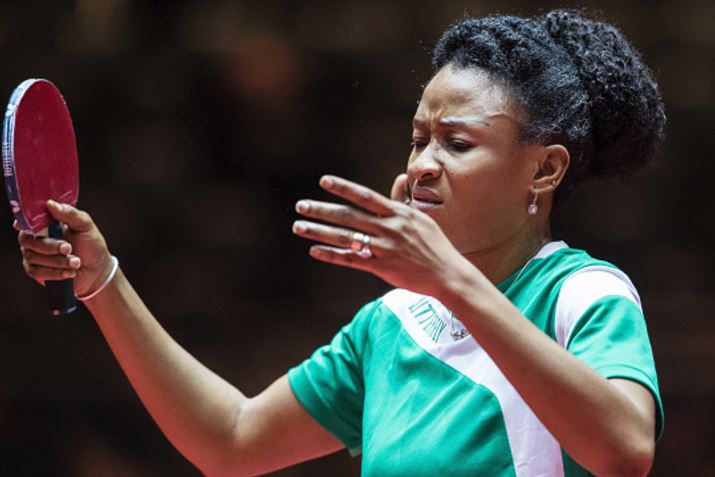 It was an exhilarating moment at the Indoor Sports Hall of the Abuja National Stadium, venue of the table tennis event of the ongoing National Sports Festival (NSF) as 19-year-old Nimota Aregbesola beat former African champion, Funke Oshonaike in the quarter-finals women singles.

Reports say the hall stood still for over an hour, watching the duo and cheering on both players.

It was obviously an exhausting game for both athletes accompanied with disappointments when a point is lost and regained hope when a point is won, but Aregbesola had the upper hand.

Aregbesola of Lagos State, who couldn’t believe the feat she has achieved as she rolled on the floor in excitement, finally said she was aiming for the gold medal.

“I couldn’t believe I will beat Funke. I was confident at the beginning but I lost hope as the game progressed. I just listened to my coach and teammates cheering me on to pull my last point.

“This is my first participation at the NSF, and I am aiming for the gold medal,” she managed to say as fans hurried to celebrate with her.

Oshonaike had teamed up with Segun Toriola, both representing Akwa Ibom but lost in the quarter-finals of the mixed doubles event.