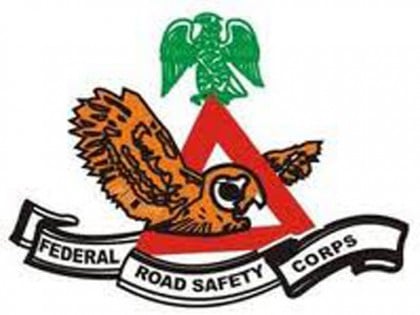 The Federal Road Safety Corps (FRSC) said it has started enlightenment and sensitisation on distracted driving, for motorists especially commercial drivers at various motor parks in Lagos, to curb fatality during the ember months.

Mr Hyginus Omeje, the FRSC Lagos State Sector Commander, disclosed this on Monday in an interview with the News Agency of Nigeria (NAN).

Omeje said that ember month was a critical period in the operational activities of FRSC, occasioned by the increase in human and vehicular movement with some colossal negative consequences.

According to him, the command recently observed that with utmost dismay the hazardous overloading pattern of commercial fleet operators, such that even the aisle of the buses are obstructed up to the door with luggage.

He said that in the event of an emergency, escape became difficult in such situations.

“We have sent a notification of clampdown to all the fleet operators in Lagos intimating them of a clamp down, which commenced Dec. 1.

“And the command has a strategic initiative introduced a special ember month advocacy campaign targeted at passenger carrying fleet operators.

“We focus more on overloading, use of phone while driving, passenger manifest, driving under influence, driver’s license
violation and excessive speed and other related offenses.

“The advocacy started at 6.30 a.m and ended at 7.30 p.m, where we speak about danger of overloading, driving under influence of drugs and alcohol, dangerous overtaking, importance of seat belt and the role of passengers in ensuring safe driving and safe arrival.

NAN reports that FRSC had said that it has partnered with other stakeholders to sensitise the motoring public. on safe driving to reduce deaths on the highways during the festive period.

Mr John Meheux, the FRSC Zonal Commanding Officer, in charge of both Ogun and Lagos States, spoke at the safety rally to sensitise commercial drivers at Ikorodu Motor Parks.

Meheux, also the Assistant Corps Marshal, said that it has become a tradition in FRSC, to intensify patrol operations and public enlightenment as the year draws to an end.

He said that the yearly ember months operations of FRSC, was aimed at traffic gridlocks as there used to be increase in vehicular movements on the