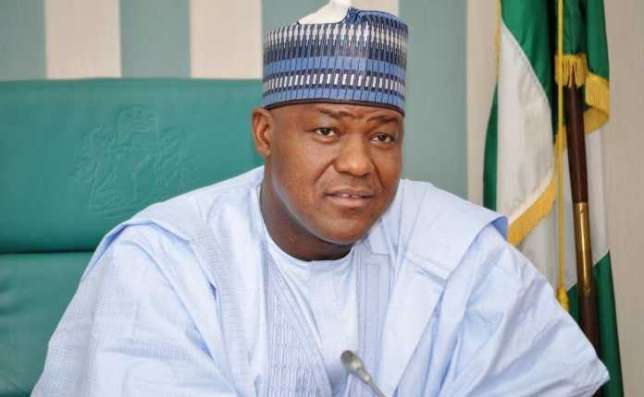 President of the Senate, Sen. Bukola Saraki, and Speaker of the House of Representatives, Mr Yakubu Dogara, on Monday said vote buying is a threat to the nation’s democracy.
Speaking at a public hearing in Abuja, they called for urgent action by stakeholders, especially security agencies to check the menace before the 2019 general election.
The News Agency of Nigeria (NAN) reports that the hearing was conducted by the National Assembly Joint Committee on the Independent National Electoral Commission (INEC) in Abuja.
In a keynote address, Saraki said the country was in a delicate situation as the entire world was looking forward to what would happen in the coming general election.
This, he said, is understandable considering that President Muhammadu Buhari is the current Chairman of the Economic Community of West Africa States (ECOWAS).
“Moreover, the Chairman of INEC is the head of Electoral Commissions in West Africa.
“With these positions, it is clear that we cannot afford to conduct an election that will not be credible, peaceful, free and fair.
“It is noteworthy that in 2015, we set an enviable standard that encouraged more countries in Africa to democratise.
“In 2019, we cannot lower the standard. We must up the ante, because whatever we do will have impact on the continent and serve as a representation of Africa on the global stage,” he said.
Saraki noted that the country could not afford to send wrong signals with its actions or inactions in the build-up to the election.
He said that Nigeria must tell the world in action that it was ready to improve its electoral process by making it more transparent and commendable.
“At this point, it does seem to me that the onus is on INEC to demonstrate its independence. It should be pro-active and take bold decisions.
“And this is necessary because the responsibility to conduct a credible poll is solely that of the Commission. This is elemental to retaining the confidence of the electorate,” he said.
He expressed worry over alleged collusion by security agents with political actors to disenfranchise voters, citing reports of voter intimidation in the recent governorship elections in Ekiti and Osun.
“We cannot under any circumstances militarise election, because that defeats the purpose of free, fair and credible poll.
“In an election, access to the polling units for the purpose of casting one’s vote is the bare minimum.
“INEC must set the rules for their engagement during elections, which they are to follow.
“The Commission should further seek the co-operation of respective security agencies to ensure strict compliance,” he said.
On his part, Dogara described vote buying as the highest form of corruption.
He said although “undue influence of voters” was a global phenomenon, the recent “direct pricing and buying of votes as if in a market square is very disturbing”.
Dogara said, “It is disheartening that this absurd phenomenon has assumed alarming proportions in recent times.
“As citizens, we must not surrender to this criminality as we cannot do so and still expect honour.
“When political office holders defy the law and corruptly assume office, they will always operate as if they are above the law.
“Vote buying and other sundry criminal manipulation of the electoral process in Nigeria has left our citizens in a state of unmitigated disaster,’’ he said.
He added that the nation’s democracy had stagnated and would sadly remain so until Nigerians eliminate all sham election that produces their worst as leaders over their best.
Chairman of the committee, Sen. Suleiman Nazif, blamed vote buying on poverty, unemployment, lack of stringent punitive measures, lawlessness, laxity of law enforcement agencies, insufficient voter education, and ignorance, among others.
Nazif said the public hearing was, therefore, held to seek suggestions from stakeholders on how to find lasting solutions to the problem.(NAN)