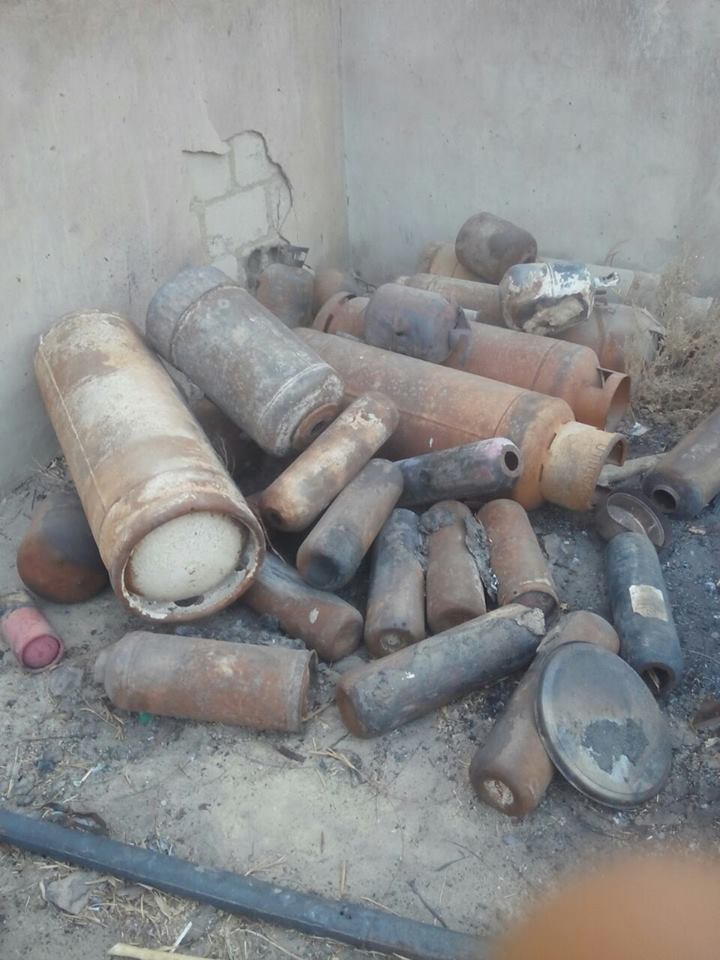 The Borno State Multi-Sectoral Crisis Recovery Project in collaboration with Ivanovo Global Partners has organized a five-day sensitization campaign on Mine Awareness and unexploded ordinance devices to internally displaced persons in the State. Aimed at educating the displaced persons preparatory to their return home, the training will also enlighten them on the inherent on dangers of unexploded ordnance took place at Kashim Ibrahim College of Education Maiduguri. In his opening remarks, the Programme Manager of Borno State Multi-Sectoral Crisis Recovery Baba Zannah Abdulkarim said the Workshop was meant to complement efforts of the State Government towards its resettlement drive to educate the IDPs on the need to be cautious of strange objects when they return to their communities.

The Borno State Police Commissioner represented by the Public Relations Officer DSP Edet Okon urged the participants to be careful while handling suspicious objects and instead should report them to the authorities concern. Also speaking, the representative of the Commandant of Nigeria Security and Civil Defense Corp Danladi Lenge urged participants to share the skills and the knowledge gained with others in their respective localities for general safety.

The chairperson of the Borno State Emergency management Agency Hajiya Ya Bawa Kolo represented by the Director of Operations Usman Kachalla assured of assured of continuous Government support to their plight and advised the participants to intensify prayers. The Executive Director Ivanovo Global Partners represented by Bashir Kachalla Mohammed said two hundred and fifty displaced persons were selected across camps in the State to sensitize them on the danger inherent in unexploded ordnance devices and how to go about their life.

The Principal Officer of the National Orientation Agency Bukar Kolo implored the IDPs to be patient and supportive of Government policies and programmes. Some of the participants thanked the organizers of the workshop for the training saying it was the best they have ever had and appealed to the government to make such training available in the local languages in the affected communities for the benefit of all.

They also assured to put into practice what they have learned as well as share their knowledge with others in their respective communities.