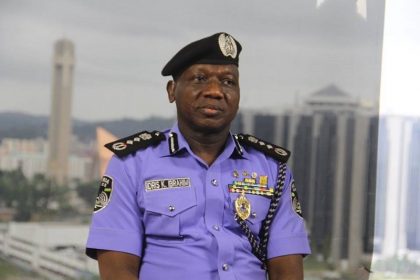 The information is in a statement by the force Spokesman, acting DCP Jimoh Moshood, on Sunday in Abuja.

Moshood stated that the police chief wanted the CPs and AIGs to be on the ground to ensure the safety of lives and property of Nigerians during and after the period.

He said that they were to ensure the implementation of robust and elaborate security arrangement to ensure the security of all political parties in the ongoing political rallies and campaigns across the country.

He advised political parties to abide by the Electoral Act 2010 (as amended) and INEC Guidelines, and play the game according to the rules.

He added that there would be an intensive raid of identified criminal hideouts, black spots and flashpoints across the country.

He said that Commanders of Police Mobile Force (PMF), Counter Terrorism Unit (CTU) and Federal Special Anti-Robbery Squad (F-SARS) should ensure deployment of officers to flashpoints and crisis spots in the various commands across the country.

He explained that police officers were mandated to be polite, civil but strict in ensuring security and safety of travellers and other road users throughout the country.

“The motor traffic divisions of the force in every state are to ensure the free flow of traffic on highways and major roads in the country,” he said.

The I-G also directed CPs and AIGs to ensure that no roadblock was mounted anywhere in the country, including those by revenue agencies.

He said the force would also not condone hate speeches, indecent and criminal defamatory conducts from any individual(s) or group(s).

He said that the force would continue to be neutral and ensure level playing ground in terms of security.