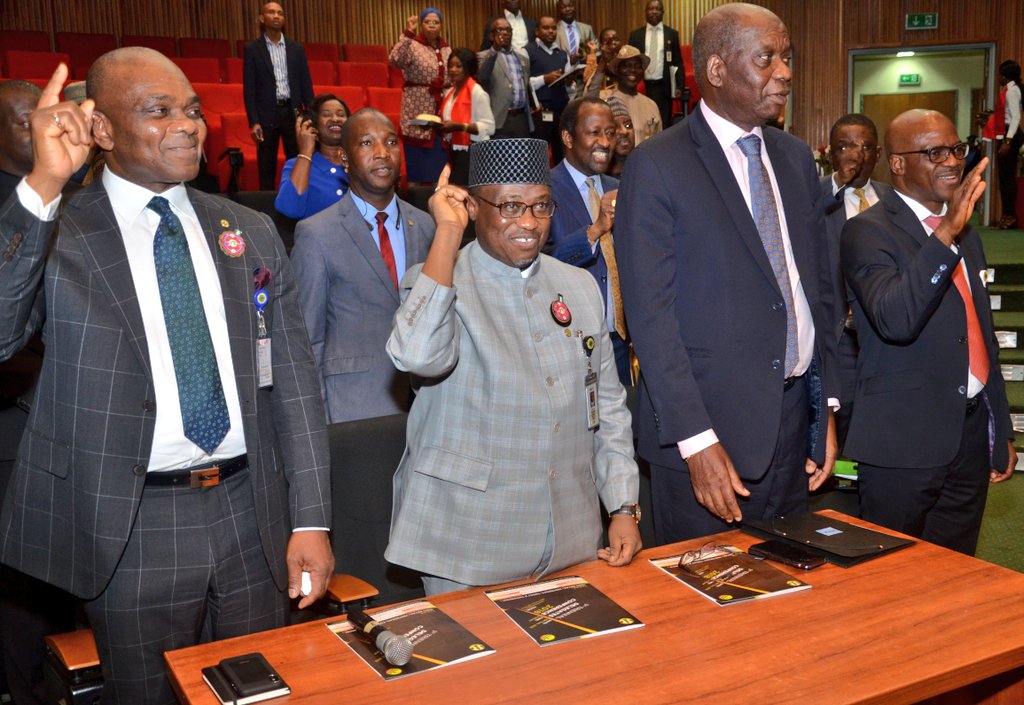 The Group Managing Director of the Nigerian National Petroleum Corporation, Dr. Maikanti Baru, has charged the Corporation Downstream company, NNPC Retail, to increase its current 14 per cent market share to 30 per cent by 2020.

Speaking Tuesday in Abuja during the first Triennial Delegates Conference of the Petroleum and Natural Gas Senior Staff Association of Nigeria (PENGASSAN), NNPC Retail Branch, Dr. Baru stated that the charge was an assignment that must be accomplished.

Dr. Baru stated that NNPC was determined to ensure that the prevailing availability of petroleum products across the country was sustained as arrangements have reached advanced stage to acquire more landed property in Abuja and across the states to build more NNPC retail outlets.

Speaking as Chairman of the occasion, Dr. Jackson Gaius-Obaseki, who is a former Group Managing Director of NNPC, described the National Oil Company as an accountable and transparent going concern, saying nothing should deter it from sustaining its core values.

The former NNPC GMD stated that the current Management of the corporation deserved commendation for public accountability, pitched against its periodic and prompt reporting of the company’s operations and financial transactions.

Dr. Gaius-Obaseki, who is also the Chairman of Brass LNG, listed the NNPC core values to include: transparency, integrity and accountability which he explained must be reflected in all the company’s dealings with its stakeholders across the Industry value chain.

“The current NNPC Top Management led by Dr. Maikanti Baru, must be commended for updating the books of NNPC business units. This is reflective of what used to be. This must be sustained as NNPC business performance should be reported as stipulated in enabling laws”, he said.

Dr. Gaius-Obaseki stated that the decision to establish the NNPC Retail in 2002 had yielded result with the NNPC Mega stations across the country servicing the petroleum needs of the people, noting that unlike the situation in the past, Nigerians now enjoy fuel availability through the effort of the NNPC Retail Limited.

He charged the union to be focused in their relationship with management to enable both parties work efficiently for the benefit of Nigerians.

Mr. Adetunji assured the Group Managing Director of NNPC that his company would hit the 30 per cent market share target set by corporation’s helmsman.

In the same vein, PENGASSAN President, Comrade Francis Johnson assured that union members will be encouraged to assist the NNPC Retail management in achieving its target, pointing out that “the NNPC Retail has continued to serve as a vehicle of intervention in the market during periods of emergency and avoidable supply interruptions”.

PENGASSAN NNPC Retail branch chairman, Comrade Baba Shetimah Kukawa, thanked NNPC Retail Management for providing the enabling environment for the union to flourish, pledging the continuous support of the group to the Company.

He appreciated the GMD and other NNPC top management for their support and assured that NNPC Retail under his watch would continue to work hard towards delivering on the mandates.