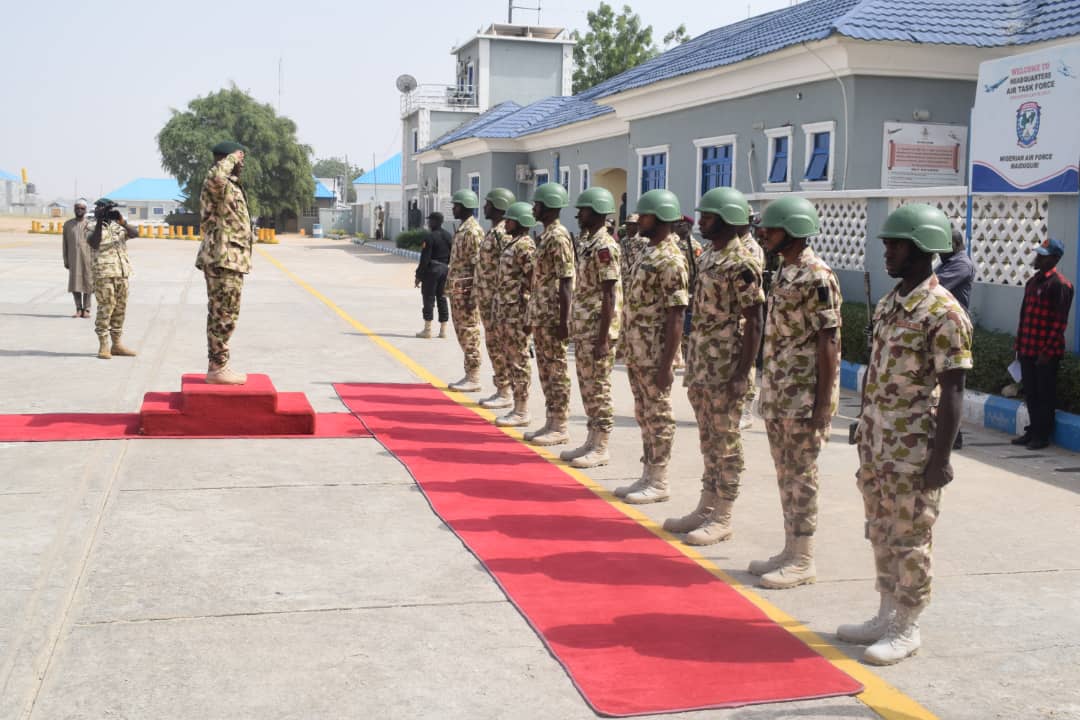 SK Usman, Maiduguri: As part of his routine operational visit, the Chief of Defence Staff, General AG Olonisakin today, Saturday 29th December 2018, visited Military Command and Control Centre (MCCC), Maiduguri where he commended the gallant troops of Operation LAFIYA DOLE for holding unto our territory and maintaining her integrity.

During the visit and having interacted with the officers, expressed satisfaction with the conduct of troops of Operation LAFIYA DOLE. He equally conveyed Mr. President, Commander-in-Chief’s special appreciation to the troops comprising the Army, Navy and Air Force, as well as the Nigeria Police Force components of Operation LAFIYA DOLE and urged them to remain and sustain the gains made so far in the fight against terrorism and insurgency.

He further promised special token to all the troops. He also wished them a prosperous New Year, 2019.