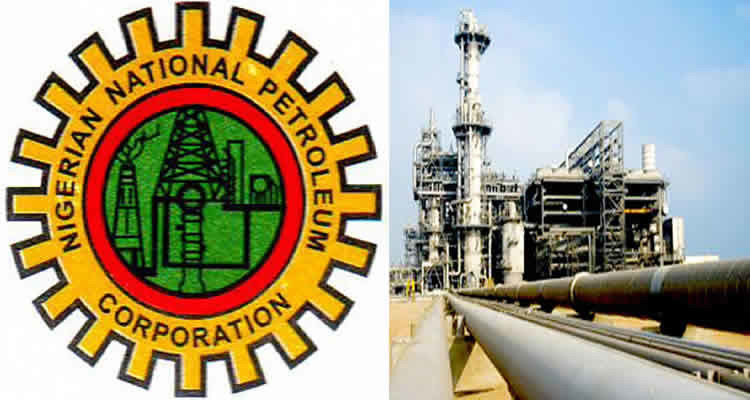 Private security guards attached to the National Petroleum Cooperation (NNPC) and who protect oil pipelines from Lokaja to Kaduna, on Thursday staged a peaceful protest against the non-payment of 22 months’ salary arrears.

The News Agency of Nigeria (NAN), reports that the protesting workers blocked the entrance to the NNPC Depot at Awawa, Abaji Area Council, FCT and denied members of staff, petrol tankers and visitors entry.

The security guards, who are employees of MRS Limited, carried placards bearing inscriptions such as: “Pay us our 22-months salaries, “We are not slaves” and “We will block Abuja-Lokoja Road if we are not paid.”

The spokesman of the protesting workers, Alhaji Abdullahi Kaja, lamented that when they were working directly under the NNPC, they were paid as and when due and received other benefits until MRS Limited took over.

“Other security guards doing the same work at Warri, Port Harcourt and Katsina, have been paid, but we at Lokoja-Kaduna axis have not been paid.

“When we were working directly under the NNPC, our salaries were constant and we worked under good condition.

“But when MRS Limited took over, there is no provision for even torch lights, raincoats and rain boots to enable us work properly.

“All we want is our salaries paid; as well as going back to work directly under the NNPC and not MRS Limited,” Kaja said.

He urged the government to intervene in order to resolve the dispute and forestall any breakdown of law and other.

Other protesters, Muhammed Hassan and Umar Isa, told NAN that the action had exposed them to hardship and unbearable conditions.

Hassan accused the management of MRS Limited of being insensitive to their plight, alleging that the management had turned deaf ears to their demand for payment of their salaries.

When NAN sought to speak with Alhaji Sani Mohammed, the Abaji NNPC Pumping Depot manager, he declined comments on the situation.

Mohammed said MRS Limited was responsible for the security guards and was in a better position to respond or address the media. (NAN)