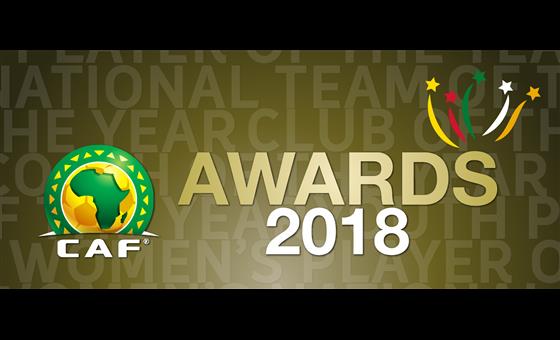 Egyptian Mohamed Salah on Tuesday won the CAF Men Player of the Year award for the second time in a row, ahead of Senegalese Sadio Mane and Pierre-Emerick Aubameyang of Gabon.

The Liverpool forward received the title at the 2018 CAF Awards held in Dakar, Senegal.

Kgatlana’s performance had earned her the highest goal scorer and the woman of the tournament awards at the Women’s African Cup of Nations in Ghana in December.

It helped to halt Oshoala’s move towards a fourth title.

After seeing Banyana Banyana to a first ever FIFA World Cup ticket, Desiree Ellis earned the Women’s Coach of the Year award.

A ninth Women AFCON trophy sees Nigeria as the Women Team of the Year while Mauritania is the Men’s Team winner after a maiden qualification to the 2019 AFCON in Egypt.

Meanwhile, Salah, Mane and Aubameyang made it to CAF first eleven.

They were joined by Naby Keita of Guniea, Riyad Mahrez of Algeria, Eric Bailly of Cote d’Ivoire and teammate Serge Aurier.

Others are Medhi Benatia of Morrocco, Thomas Partey of Ghana and Denis Onyango of Uganda, Kalidou Koulibaly of Senegal.