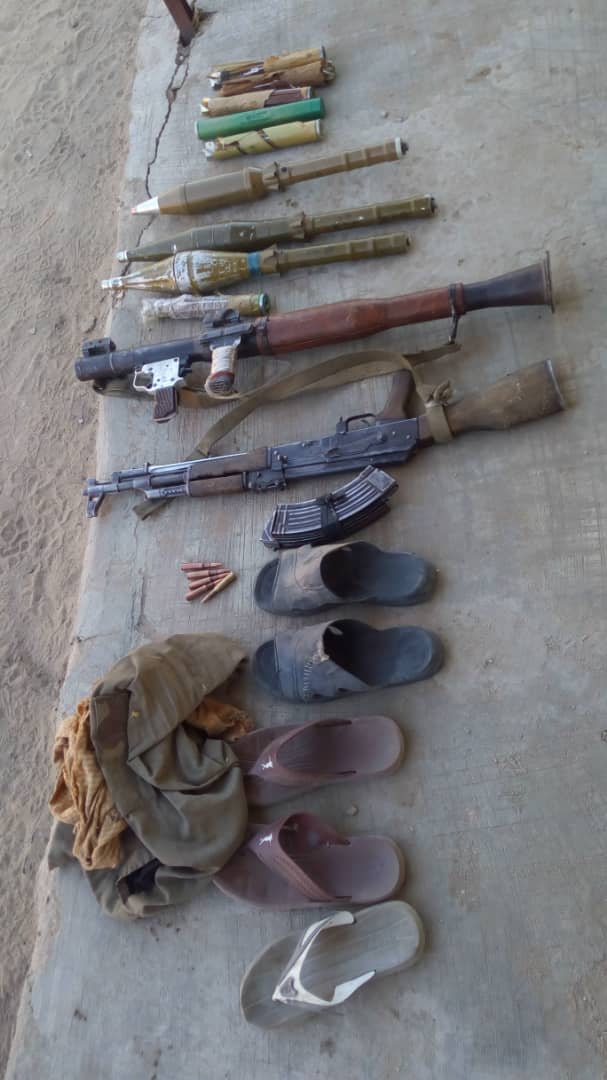 Troops of Operation LAfiYA DOLE deployed in forwarding Operational Base in Gajiram, have fiercely countered a group of Boko Haram terrorists who made frantic attempt to infiltrate Gajiram Community on Tuesday 15 January 2019.

The terrorists, wanting to take advantage of the cover of darkness to attack the town, met with the prompt response of the vigilant troops who fiercely engaged them in combat killing several and recovering weapons.

The gallant troops are currently on the trail of some of the terrorist survivors who fled the scene of the encounter.