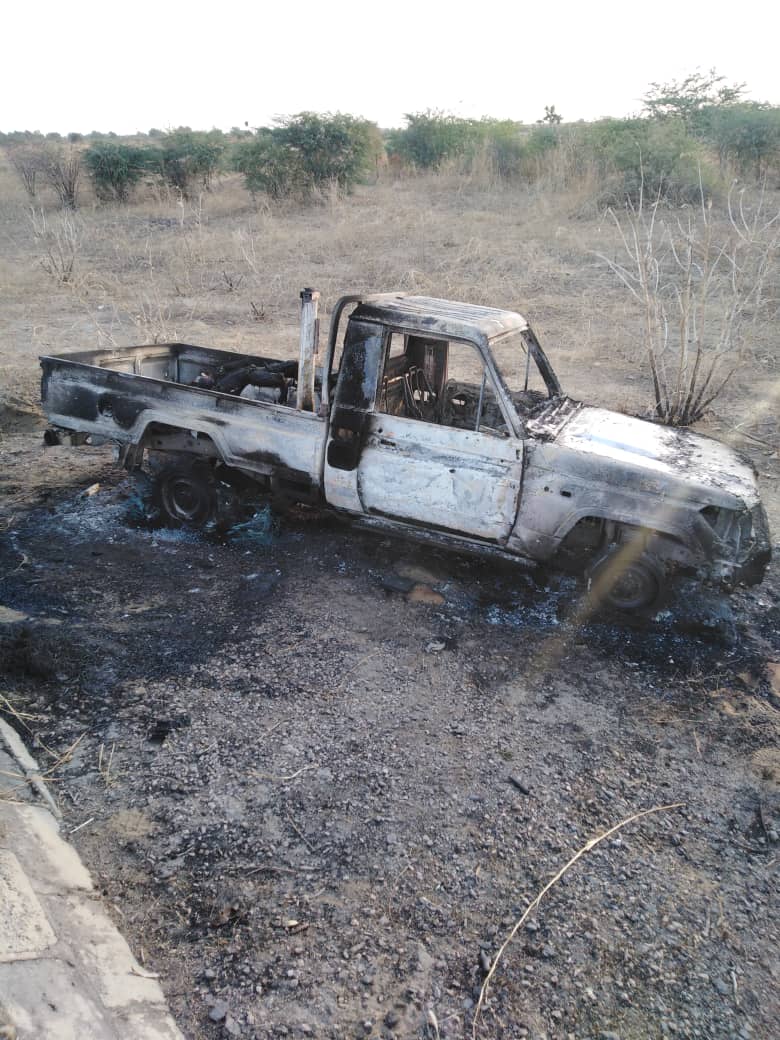 Another Bloody Day for Boko Haram

The terrorists came to engage the Brigade around 4:15pm on Sunday 20th January, 2018, daring the troops for almost two and a half hours. The gallant troops stood their ground and thoroughly dealt with them.

Two Gun trucks of the terrorists were collected from them and some of them were neutralised on the process while several others were seen taking to their heels with gunshot injuries. Cache of Anti Aircraft ammunitions and bombs of Rocket Propelled Gun were also recovered.

The troops were in high spirit as they all started jubilating with high morale. Only 4 soldiers sustained minor injuries and are currently receiving treatment in the Brigade medical facility.