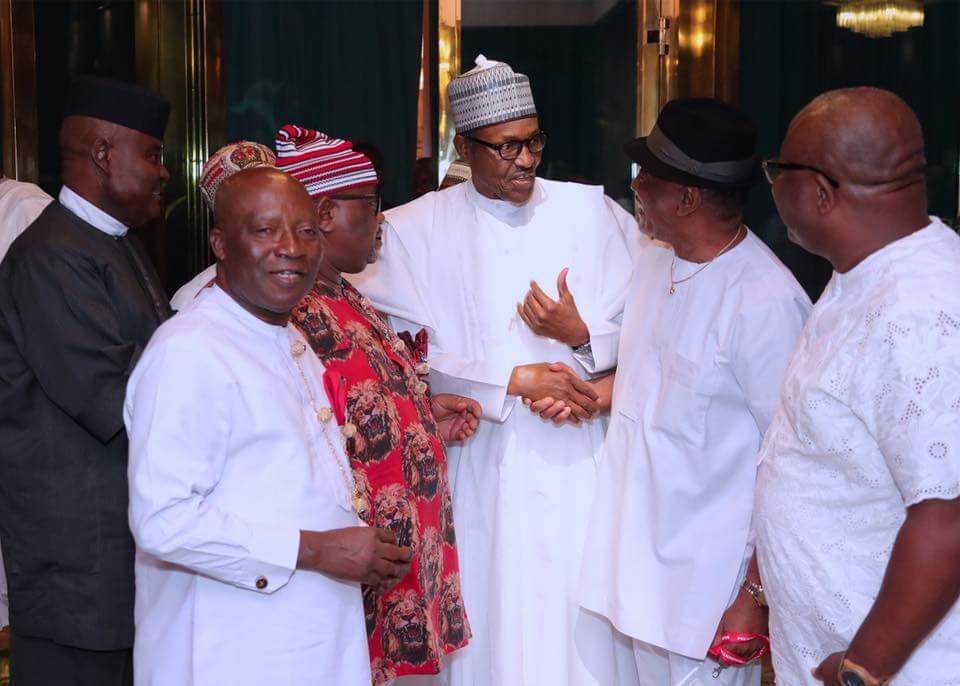 President Muhammadu Buhari on Tuesday departed Abuja for Abia and Imo to deliver the All Progressives Congress (APC) Next Level message to the people of the states.

Buhari and members of the Presidential Campaign Council of the All Progressives Congress (APC) had on Jan. 24 visited Anambra and Enugu states in continuation of the nationwide re-election campaign.

The News Agency of Nigeria (NAN) reports that the presidential jet conveying the president and members of his entourage took off for Owerri airport, Imo state, from the Presidential Wing of the Nnamdi Azikiwe International Airport Abuja at about 9.20a.m.

NAN reports that the APC campaign train is expected to move to commercial city of Aba, Abia, where President Buhari and other APC chieftains would address rally before returning to Owerri, Imo state, for similar function.

The National Working Committee of the APC had on Monday announced the removal of Gov. Rochas Okorocha of Imo, as the state coordinator of the party’s campaign council.

Okorocha, who is an APC senatorial candidate in the Feb. 16 elections, had vowed to work for his son-in-law, the governorship candidate of the Action Alliance, Uche Nwosu, against the APC candidate, Senator Hope Uzodinma.