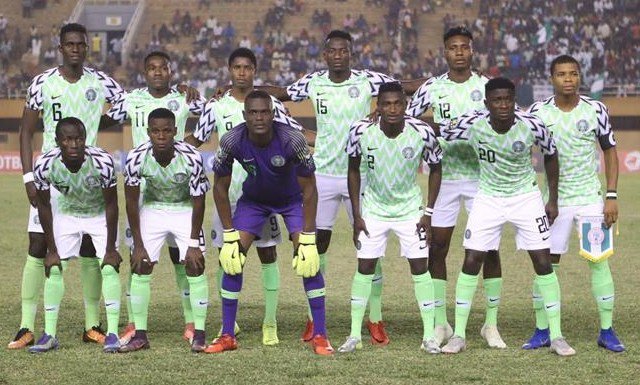 U-20 AFCON: Flying Eagles Forced to a Goalless Draw by South Africa

Nigeria’s Under-20 national team, Flying Eagles were held to a goalless draw by their South African Amajita in the ongoing Total the U-20 Africa Cup of Nations second group A match played at the Stade General Seyni Kountche in Niger Republic today.

South Africa had earlier played 1-1 in the opening game against hosts Niger. The South Africans were defensive, sitting back and absorbing the pressure from the Nigerians almost throughout the game.

As expected, the flying Eagles dominated possession and created chances to score goals were all denied by outstanding South Africa’s goalkeeper, Khulekani Kubheka.

The Flying Eagles won a free kick towards the end of the match but were denied taking it as the match official blew the final whistle right after awarding the free kick.

despite the draw, Nigeria still remains on top of the Group A table with four points from two games, as they had won their first match 2-0 against Burundi.

Nigeria will play hosts Niger in their final group match on Friday to possibly book a place in the semifinal of the competition and a ticket at the 2019 U-20 FIFA World Cup.