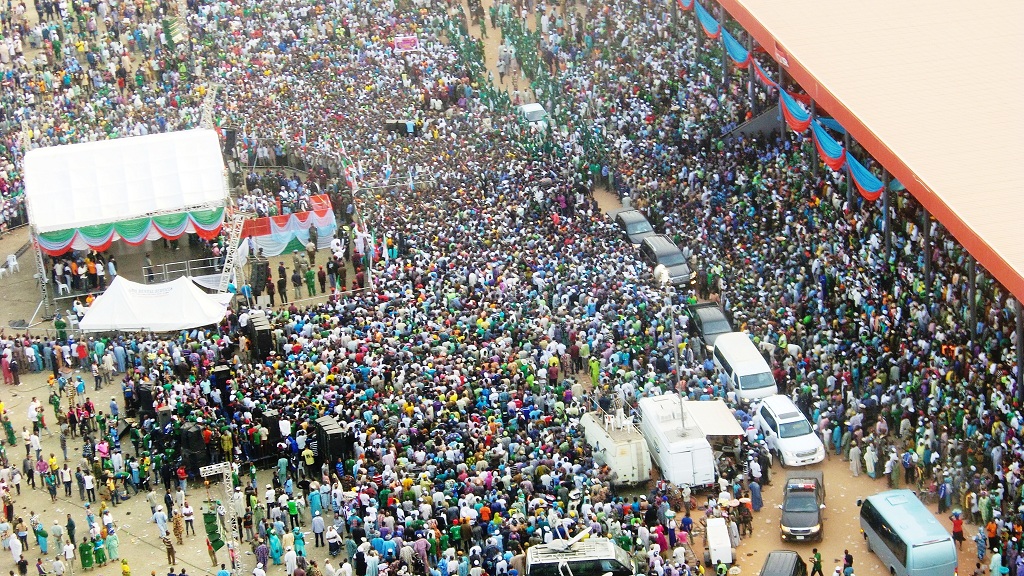 There is traffic gridlock on major roads in Ilorin, capital of Kwara state, ahead of the arrival of  President Muhammadu Buhari, for the All Progressives Congress presidential campaign.

The News Agency of Nigeria (NAN), reports that the All Progressives Congress (APC) Presidential flag bearer and his team would storm Ilorin to seek support for Saturday’s  Presidential and National Assembly elections.

NAN also reports that the streets and major roads such  Asa Dam road, Offa Garage Road, Taiwo and Unity roads were filled up with people awaiting the arrival of President Buhari.

Mr Gani Adeshina, APC  member who spoke with NAN describes the traffic hold up as a show of love for Buhari.

“As you can see the traffic gridlock, it is a sign that we love Baba. He is Godsend. We are waiting and expecting Baba’s arrival,” he said.

Another APC member, Mrs Iyabo Bako, said she is a fan of Baba and desperately waiting to cheer Baba when he finally arrives.

“As you can see Baba’s vest is everywhere in the town. I am Baba’s number one fan and fully ready to receive him today, “she said.

An Ilorin resident, Mr Dayo Aina said  he is ready to campaign for Buhari.

“I am canvassing and doing house to house campaign for Baba because he is the saviour of this country,” he said.