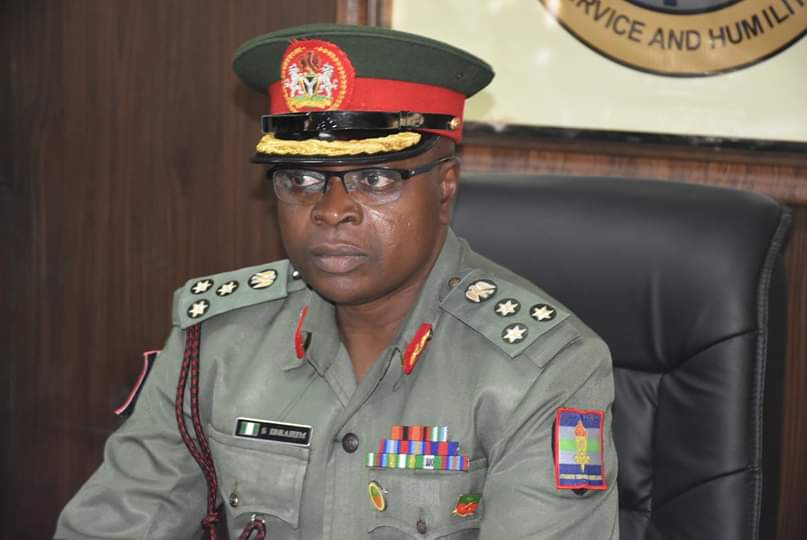 What You Need to Know About the New DG NYSC

After his primary and secondary education, he proceeded to the University of Jos where he obtained his Bachelors and Masters degrees before he later bagged a PGDE from Tai Solarin University of Education, Ijebu-Ode, Ogun State and a PhD in History from University of Abuja.

Since his commissioning into the Nigerian Army, he has served in various capacities across the country while his postings include;

Author, “The Transformation of Afo (Eloyi) from the Pre-Colonial to the Colonial period”, London; Bahiti and Delila Publishers, 2017.

Supervised a number of Master’s and Doctorate Degree Theses.

Member, Editorial Board, Ibom Journal of History, University of Uyo.

Brigadier General Shuaibu Ibrahim is a member o several committees and other mititary services, his decorations include;

They include watching football and current affairs.
Brigadier General Shuaibu Ibrahim is happily married and blessed with children.