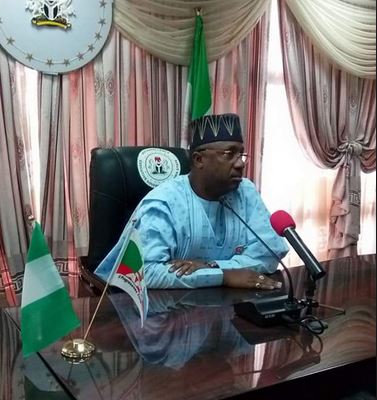 Governor Muhammadu Bindow of Adamawa on has inaugurated the State Health Insurance Scheme.
Inaugurating the scheme on Monday in Yola, Bindow said it was established over a year ago when the state government signed contract agreement with Pharm Access Foundation.
“The launch of this Health Insurance Scheme will move Adamawa closer to its goal of achieving Universal Healthcare Coverage to its financially underprivileged citizens.
“I believe the achievements recorded by our administration from 2015 to 2019 has set a strong foundation for the delivery of healthcare services to the people of the state,” the governor said.
He listed the employment of 2,307 various health workers, production of skilled workforce and improvement of planning and coordination in health sector as achievements recorded by his outgoing administration.
Earlier speaking, Dr Fatima Atiku, the state Commissioner for Health, said that the scheme was introduced to tackle the magnitude of challenge facing healthcare delivery and access in the state.
Fatima said the scheme was aimed at giving solution to tackle about 72 per cent residents of the state who live in rural areas.
“The state government has set aside an initial of N600 million as capitalisation of the state Health Insurance Fund in 2019 budget.
“The new law passed by the state Assembly has committed government to contribute one per cent of the annual Consolidated Revenue Fund to pay for the poorest of the society through an equity fund.
“This will result in the availability of sufficient fund to pay for the healthcare insurance premiums of poor pregnant women, children and men in the state,” she said.
She added that the state residents would soon begin to enjoy the health benefits of the scheme that include maternal and child care services, emergency care services and minor surgeries, among others.
The commissioner noted that the scheme would cover all citizens of the state irrespective of their socio-economic status, gender or age, to access quality and affordable healthcare services at all times.