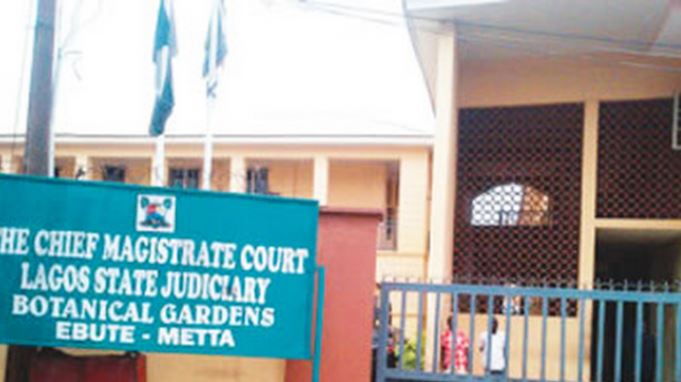 Woman in court Over Alleged Conspiracy to Kidnap Husband

The police in Lagos on Monday arraigned a 27-year-old woman, Elizabeth Sowemi, who allegedly conspired with three men to kidnap her husband.

Sowemi appeared before an Ebute Meta Chief Magistrates’ Court on a four-count charge.

She was charged alongside Musibau Ayinde, 28; Kehinde Salisu, 45, and Jacob Ogunbiyi, 43.

The pleas of the defendants were not  taken by the court as Chief Magistrate Adeola Adedayo said she needed advice from the state Director of Public Prosecutions (DPP).

She remanded the defendants in prison pending the DPP’s advice.

Adedayo adjourned the case until June 6 for mention.

Earlier, the prosecutor, lnsp. Chinalu Uwadione, told the court that the defendants committed the offences on May, 16, at 12.30p.m., at Abule Egba in Lagos State.

Uwadione told the court that the defendants demanded N5 million ransom from Moruf’s relatives for  his release.

He said that the offences contravened Sections 2(ii), 3, 7 and 11 of the Kidnapping (Prohibition) Laws of Lagos State, 2017.

The News Agency of Nigeria (NAN) reports that kidnapping is punishable with death in Lagos State. (NAN)