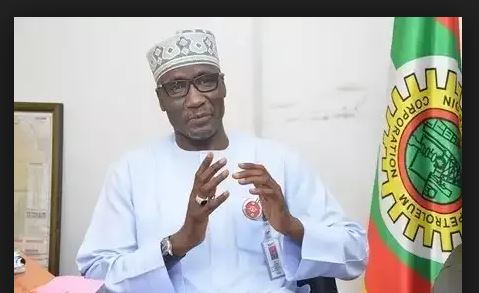 The corporation in a statement released by the  NNPC Group General Manager, Group Public Affairs, Mr Ndu Ughamadu, in Abuja, on Thursday said Kyari will take over from Dr Maikanti Baru on July 7.

Their appointment takes effect from June 28.

President also directed the new appointees to work with the current occupants of the various positions between now and July 7, towards a smooth transition on 8 July, 2019.

However, the appointment of Mr Farouk Garba  (North West), who is replacing a retiring Chief Operating Officer, is effective from June 2.

In a related development, current Baru, in a statement  has congratulated the new appointees.

NAN reports that Kyari,  a geologist, was Group General Manager, Crude Oil Marketing Division of NNPC and also  Nigeria’s National Representative to the Organisation of the Petroleum Exporting Countries, OPEC.

Kyari is a quintessential crude oil marketer with prerequisite certification and outfield pedigree in Petroleum Economics and crude oil and gas trading.

In the last 27 years he had traversed the entire value chain of the Petroleum Industry, with exceptional records of performance.

Under his watch, the Crude Oil Marketing Division has recorded noticeable transformation in the management and sales of the various Nigeria’s crude oil grades via an infusion of transparency and automation of the processes. (NAN)