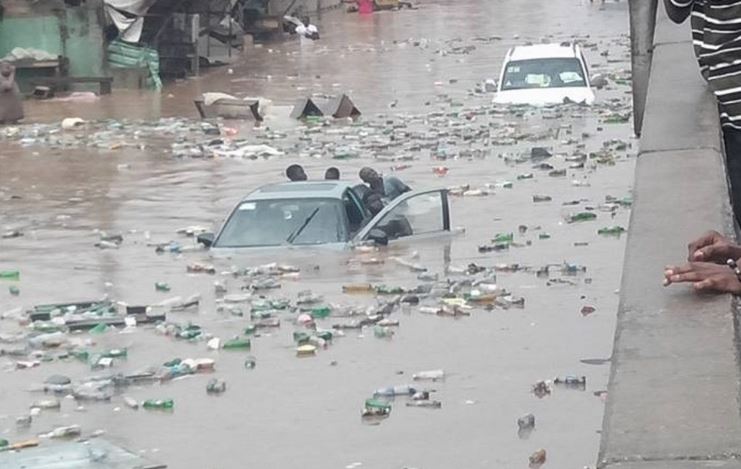 The Nigeria Hydrological Services Agency (NIHSA) on Wednesday warned Nigerians to be prepared for more floods due to high rainfall intensity of long duration in the country.

Mr Clement Nze, the Director-General of the agency gave the warning while briefing newsmen in Abuja.

Nze said that the warning became necessary as it served to alert Nigerians that the country would soon experience the peak of flooding season for the year 2019.

“The localised urban flooding incidents being witnessed in some cities and communities in the country are expected to continue.

“The flooding incidents are due to high rainfall intensity of long duration, rainstorms, blockage of the drainage system and poor urban planning resulting in the erection of structures within the floodplains and waterways.

“River flooding, as well as coastal flooding, is expected to come into place as the nation approaches the peak of raining season.

“Therefore, states and local governments should endeavour to remove structures built within the floodplains, clear blocked drainage, culverts, and other waterways,’’ he said.

Nze said that the agency was closely monitoring the flooding across the country with the attendant loss of lives and property.

He said that the flooding was manifesting as predicted by the agency.

“This means that the relevant stakeholders, especially the individuals and state governments have failed to heed the non-adherence to flood predictions for 2019.

“Thereby resulting in avoidable flooding incidents leading to loss of lives and property, disruption of economic activities and loss of several hectares of agricultural lands,’’ he said.

The director-general said that since 2013, the agency had continued to publish Annual Flood Outlook (AFO), following the devastating effect of the 2012 flood.

He said that the AFO report and effective sensitisation campaign by the agency had been saving the country from huge revenue losses due to flooding.

He said that AFO was a means of producing early flood warning information for stakeholders to use as a yardstick for taking action to mitigate flood-related disasters.

Nze, however, said that flood forecasting and flood early warning was the agency`s mandate.

He said that the 36 states including the Federal Capital Territory (FCT) would witness different levels of flooding in 2019.

He added that out of the 774 local government areas of the country, 74 are predicted to be highly probable.

“While 279 local government areas are probable areas of flood and 421 are predicted to be less probable.’’