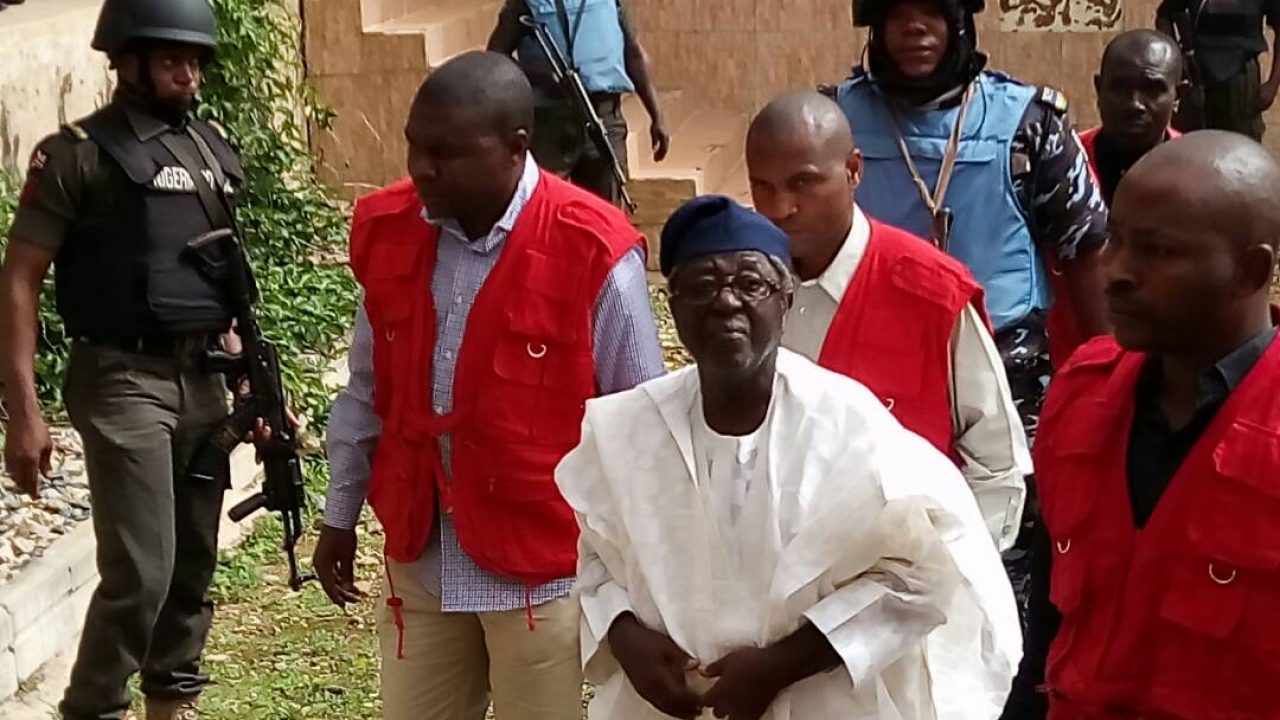 Justice Daniel Longji of a Plateau State High Court, Jos has adjourned the trial of a former Plateau State governor, Jonah Jang, to September 12 and 13, 2019 for the continuation of trial and ruling on the trial-within-trial involving Yusuf Pam, a cashier at the Office of the Secretary to the State Government, OSSG.

Jang and his co-defendant are standing trial for alleged N6.2billion fraud, and had on arraignment on May 16, 2018, pleaded “not guilty”, necessitating a full-blown trial.

At the resumed hearing on August 7, 2019, the prosecuting counsel, Adebisi Adeniyi, who held brief for Rotimi Jacobs, SAN, continued with the evidence-in-chief of the 11th prosecution witness, PW11, Musa Sunday.

While being led in evidence, Sunday, whose testimony began on July 23, 2019 had mentioned that the cabinet of the OSSG and Special Services account, Exhibit P25, which was a statement of account from Zenith Bank, Jos, revealed that the amount was funded by various accounts of the state government including Plateau State Government Account, Plateau State Government Project 1 Account, PLASUBEB account domiciled in Zenith Bank.

According to him, from the statement of account, the fundings were stated clearly in the OSSG Cabinet Special Services Account, and had a credit of over N35 billion and the account was opened in 2009 while Jang was the governor.

He said: “My investigation carried out by the EFCC team handling this matter shows a massive withdrawal in 2010 by the second defendant, Pam. This withdrawal was in tranches of N10million per withdrawal.

“Pam withdrew over N3billion within these three weeks during this period the presidential and governorship elections took place.

“Jang had contested for a Senatorial position during the said period. While the investigation was ongoing Pam was invited to EFCC and the statement of account was disclosed to him as the withdrawals summed at over N30billion were carried out by the second defendant, Pam.

“Pam thereafter volunteered a statement to his knowledge about the withdrawals from the bank accounts. The withdrawals were carried out without due process and the Permanent Secretary was not in the know and did not sign or approve any cheques for withdrawals.

“In the course of my investigation, during the interview with the second defendant on where he delivers the monies, Pam made it clear in his statement that he delivered the monies directly to Jang and there is documented evidence to prove the withdrawals and delivery to Jang, Musa narrated.”

Counsel for Jang, Mike Ozekhome, SAN, sought to tender a copy of the Law dictionary page 267 of Blast Law Dictionary through PW11 emphasizing that he reads that definition of “classified” in which PW4, Habila Doug, Permanent Secretary, OSSG Cabinet Special Services prepared classified memos aiding the rationed cash allowance for the disbursement of the security funds. The classified expenditure had no formal voucher nor retirement.

Ozekhome had while cross-examining Sunday, questioned his knowledge of “classified expenditure” and if he was aware that the monies were used to address security matters in the state via security votes given in support of the state.

Adebisi, however, opposed its admissibility, arguing that Sunday was not a legal practitioner, “but a detective and law books or materials are for legal counsel to use in their written or oral submissions before the court”.

Judge Longji, however, admitted the document and marked it Exhibit D6 noting that “the document will throw more light on the meaning of classified and is relevant in this matter”.