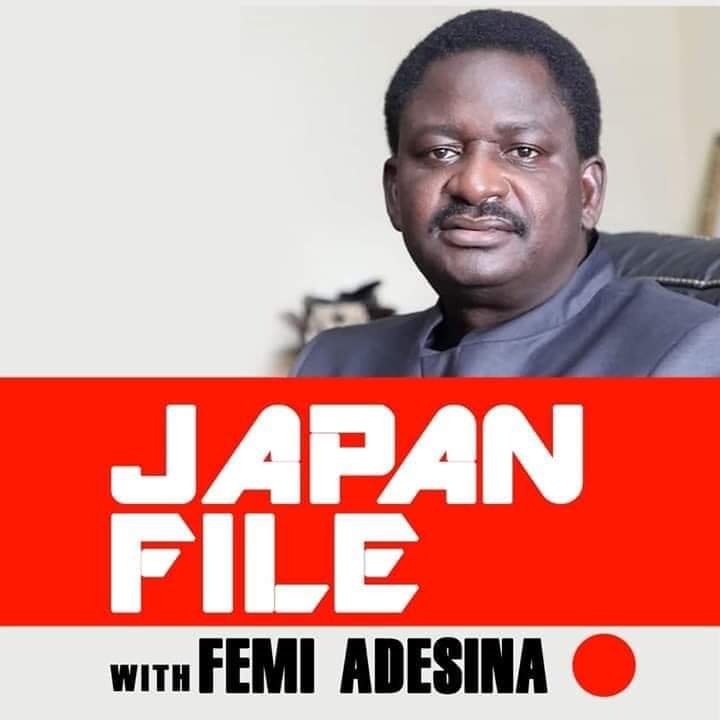 Some Concerns and Clarifications – Femi Adesina

Day two in Japan, and it was mainly for exhaling, catching our breath, receiving briefings and preparing for the Seventh Tokyo International Conference on African Development (TICAD 7), which holds from August 28-31.

The program outline is rich, and holds much for Africa in different spheres like deepening sustainable and resilient society, building peace and stability, agriculture, climate change and disaster risk reduction, human resource development, education, blue economy, and many others.

From concerns and comments on the social media, one is compelled to make some clarifications. No, not in response to futile efforts by some shadowy group to convince Nigerians that their President was not in Japan, or that they were going to molest him. That does not really deserve any answer. To those who believe, no explanation is necessary, while to the cynics and septics, no explanation is possible. We leave them in their follies.

The first concern somebody raised was why President Buhari was in Japan, when the G7 was meeting in France. Funny, but let’s educate those who are of such minds. Is Nigeria part of G7? No. So, no Nigerian leader, or leader of any non-member country, can gatecrash into the meeting of the association. You need to be invited. Recall that in 2015, about a week after his inauguration, the first trip President Buhari made outside Africa was to attend the G7 meeting in Germany. He had been invited to brief the association on the security challenges in Nigeria, so that helping hand could be offered.

You don’t stroll into G7 meeting, if you are not a member country. You gotta be invited.

Somebody also said the Nigerian President was in Japan, when his host, Prime Minister Shinzo Abe, was in France, saying it didn’t show seriousness. Really? TICAD 7 starts Wednesday. The Nigerian leader arrived here Monday. When else should he have come? The journey from Abuja to Japan is 17 hours. Do you do that by hop, step and jump? Or you use what the Yoruba call ‘Kanako,’ in which you just stamp your foot on the ground, and you find yourself where you want to go, in a jiffy? Some people must just criticize, for the very fun of it.

And then, another person said all the African leaders congregating in Japan for an African conference were stupid, because they should have insisted that the conference hold in Africa. When I read the comment, the Scripture verse that came to my mind was, “Why do the heathens rage, and the people imagine vain things?”

It has been said many times in our statements and press releases that TICAD started in 1993, as an event of every five years in Tokyo, till the format was changed to every three years, to rotate between Tokyo and Africa. TICAD 6 thus held in Nairobi, Kenya, in 2016. So, why are some people still wailing? China holds Forum on China and Africa Cooperation (FOCAC). It rotates between Africa and Beijing. Since it started in year 2000 as a triennial affair, Ethiopia, Egypt, and South Africa have hosted it. As well as Beijing. That is the structure that is also emerging for TICAD. But some people simply refuse to get informed.

Apart from Japan, other co-organizers of TICAD 7 are the UN, World Bank, UNDP, and African Union Commission.
Participants include African countries, international organizations, development partners, private companies, civil society, and others. For instance, Chairman of United Bank for Africa (UBA), Mr Tony Elumelu, is billed to give a keynote address.

Somebody else wailed online: it’s just a talk-shop. Africa and Nigeria gain nothing at the end of the day. Japan just wants to milk the continent, and improve her own economy.

Since 1993, when TICAD started, Africa has received numerous grants and technical assistance. In the first five years, Japan built 1,321 elementary and middle schools, improved 4,778 healthcare and medical facilities, and provided safe water to additional 10.79 million people. For Nigeria specifically, Japan has provided counterterrorism measures and humanitarian assistance, particularly for internally displaced persons. The help is worth its weight in gold.
Keep a date, as the conference opens Wednesday.