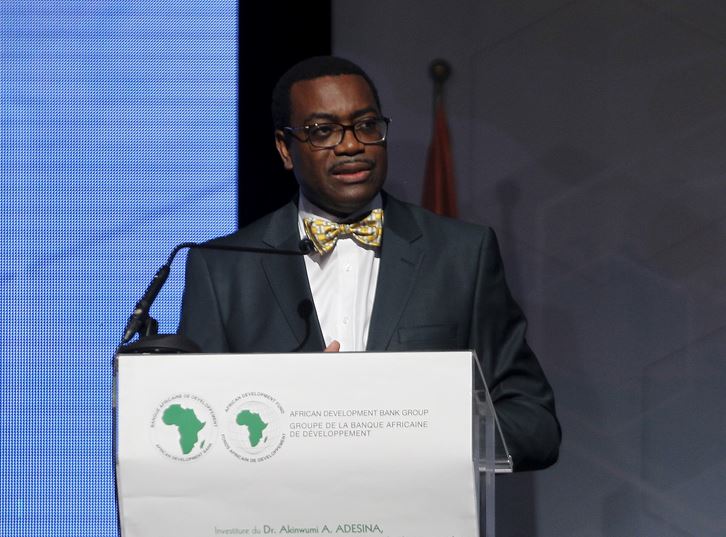 According to a statement issued on Wednesday by the bank, Adesina revealed the plan during climate talks at the sideline of the ongoing United Nations General Assembly.

Addressing a gathering of leaders and officials from 200 countries in New York, Adesina outlined efforts to shutter coal-fired power plants and build the “largest solar zone in the world” in the arid Sahel belt.

“Coal is the past, and renewable energy is the future. For us at the AfDB, we’re getting out of coal,” Adesina said.

He emphasised that the bank’s 500 million dollars green baseload scheme would be rolled out in 2020.

According to Adesina, the scheme is set to yield five billion dollars of investments that would help African countries’ transition from coal and fossil fuel to renewable energy.

Adesina also pointed out plans for 20 billion dollars of investments in solar and clean energy that would provide the region’s 250 million people with 10,000 MW of electricity.

“There is a reason God gave Africa sunlight,’’ said Adesina.

On his part, UN Secretary-General, Antonio Guterres, stressed the need to reduce heat-trapping gas emissions and slow the global rise in temperatures.

He said: “It is still not too late to keep the global rise in temperatures below the benchmark figure of 1.5 degrees Celsius.

“But it will require fundamental transformations in all aspects of society; how we grow food, use land, fuel our transport and power our economies.

“We need to link climate change to a new model of development with less suffering, more justice and harmony between people and the planet’’.

The News Agency of Nigeria (NAN) recalls that the UN said that mankind must reduce greenhouse gas emissions to limit global warming to about 1.5 degrees Celsius above pre-industrial temperatures to stave off the worst-case predictions of scientists. (NAN)