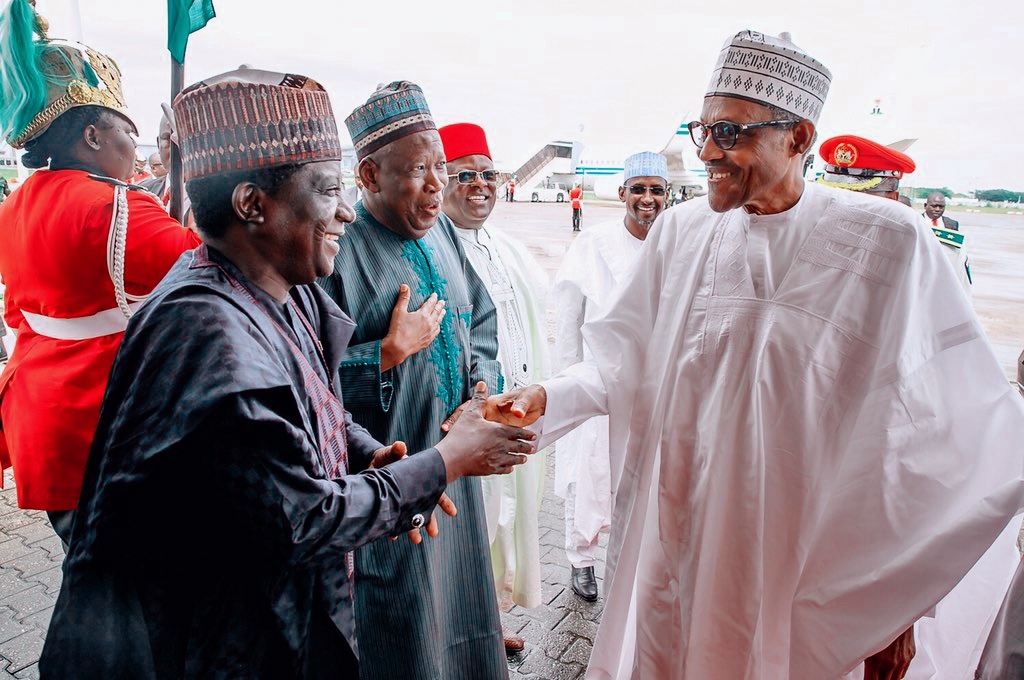 President Muhammadu Buhari has congratulated Governor Abdullahi Umar Ganduje of Kano State and Governor Simon Lalong of Plateau State on the affirmation of their victories in the March 2019 gubernatorial polls by the respective State Governorship Election Petition Tribunals.

President Buhari, who is travelling with the two victorious All Progressives Congress (APC) party governors to South Africa on a State Visit, extended his goodwill to the duo on Wednesday shortly before departure from the Presidential Wing of the Nnamdi Azikiwe International Airport, Abuja.

The President described the verdict of the Tribunals as a victory for democracy, commending the people of Kano and Plateau States for maintaining the peace, allowing the due process of law to prevail and respecting the role of the judiciary in a democracy.

With the elections and tribunals now behind, the President urged the governors to unite their States by focusing more on inclusive and accountable governance and ensuring that all APC programmes targeted at improving the welfare of Nigerians are fully implemented.

President Buhari assured them that the Federal Government will continue to work with States to create economic growth that benefits everyone, and security for human lives, investments and the environment.