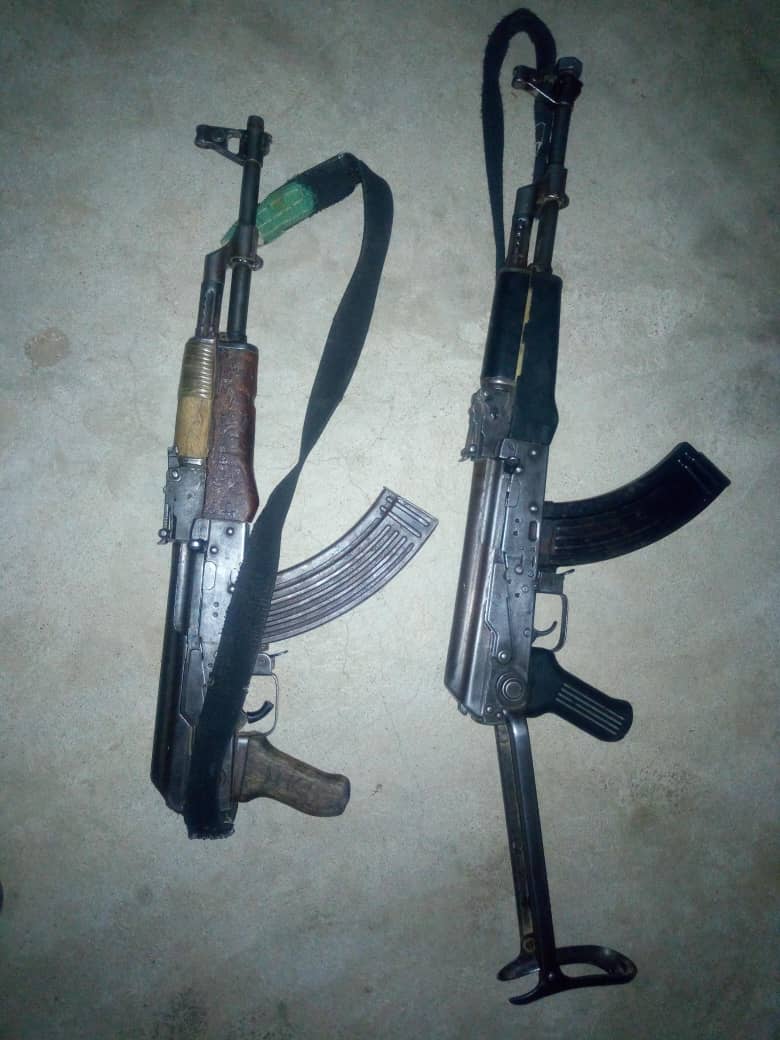 3 Neutralized, Guns Recovered in an Ambush in Gwoza

Following credible information from some patriotic Nigerians about terrorists movement along Banki Road Junction, Pulka in Gwoza general area, troops of Special Response Area (SRA) Pulka under the Nigerian Army Super Camp Gwoza, in collaboration with Civilian Joint Task Force conducted a successful night ambush on Thursday 3rd October 2019, which resulted in the neutralization of 3 terrorists, recovery of 2 AK 47 Rifles and 2 motor cycles. Uncomfirmed number of terrorists were reportedly wounded during the ambush. There is no casualty on the Nigerian Army or Civilian JTF.

Similarly, at about 2250 hours on 3rd October 2019, in what seems like a repraisal attack to avenge the lost of their members in the ambush conducted by the troops, some marauders/criminals woefully attacked the Delta Company Location of the SRA at Pulka. Consequently, troops swiftly responded by effectively repelling the attack, one bandit lost his life and one Ak 47 rifle was recovered. No casualty was recorded by the Civ JTF or the troops.

The Acting General Officer Commanding 7 Division and Commander Sector 1 Operation LAFIYA DOLE Brigadier General AK Ibrahim was in SRA Pulka where he interacted with the troops, commended them for the successes so far and urged them to remain committed and unwavering in the struggle to end the insurgency soon.