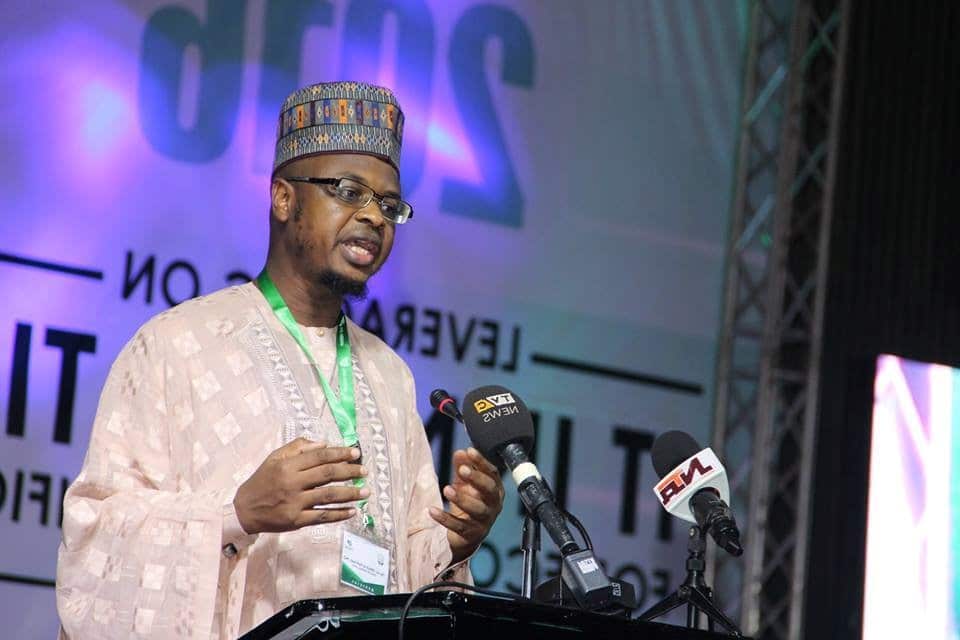 The Federal Government of Nigeria at the ongoing 39th Gulf Information Technology Exhibition (GITEX) has invited investors to leverage on the potential of Nigeria to do businesses for the boosting of its digital economy.

Dr Isa Pantami, the Minister of Communications, made the call at the C (AIF), a platform designed to showcase the opportunities in Nigerian, African ICT sector.

GITEX is the biggest annual technology gathering of the Middle East, North Africa and South Asia with over 200,000 technology interests and over 145 countries in participation.

Pantami, who emphasised on the opportunities in Nigeria, said that investors could leverage on the demography, youthful population, skills and readiness of Nigerians to come and do businesses.

According to him, Nigeria has the right policies for businesses.

“Africa’s population is growing at an average rate of 2.57 per cent which is almost 220 per cent, the average global growth rate of 1.17 per cent per annum.

“The  United Nations also estimates that half of global population growth projected to occur betweennow and 2050, is expected to occur in Africa.

“These statistics show that even though we already have a large market of about 1.2 billion people in Africa, investors should expect an even larger market in the upcoming years.

strategic country and good starting point for investorsinterested in the African continent.

“Nigeria is located between the Central and Western parts of Africa and offers investors, immediate access to over half of the African continent represented by those that reside in Western and Central Africa,“ he said

He said Nigeria could also boost of approximately 200 million people living in the country.

Pantami further said that with an average age of over 18 years, Nigeria had a potential and critical mass of ‘digital natives’ that could transform the country into a regional and global ICT powerhouse.

Citing World Bank, the minister said Nigeria had a Gross Domestic Product (GDP), valued at 397 billion USD and being the largest economy in Africa with 10 th largest oil reserve in the world.

He also said that digitisation of services was not restricted to the public sector alone, adding that the Nigerian government was encouraging educational institutions and the private sector to digitise their service delivery.

Pantami reiterated that Nigeria accounted for about 31per cent of the digital platforms deployed by the private sector in Sub-Saharan Africa.

According to him, the government is mitigating challenges posed by cybercriminals.

“One of our strategies is to ensure that there is a proper digital identity for all those that transact in the digital economy.

“We have addressed the issue of about 9.4 million improperly registered SIM cards by either blocking them or doing proper registration.

“This is to secure our cyberspace. We went to this great extent to give Nigerians and our potential investors’ confidence in the sector,” he said.

He also said that investors could acquire visa on arrival, register businesses online up to 95 per cent of the business which could be done electronically.

Mr Kashifu Inuwa, the Director-General of the National Information Technology Development Agency (NITDA), said that the government was ensuring that there was ease of doing business.

Inuwa recalled that the World Bank recently included Nigeria among top 20 countries of the world with a seamless process of the ease of doing business.

‘’The government just set up Industry Policy Competitive Advisory Council which is mandated to work with the private sector to accelerate the industralisation of Nigeria.

“The Economic Recovery and Growth Plan is also there with objective of economic recovery, building global economy and accelerate inclusive growth by developing human capital,’’ he said.