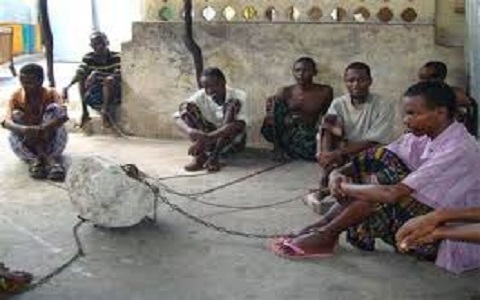 A Consultant Psychiatrist, Dr Abdur-Rasheed Awesu, has called for mental health education as a tool to curb the rising tides of suicide in Nigeria.

Awesu, who works at the Federal Neuropsychiatric Hospital, Yaba, made the call on Friday in Lagos, while commenting on the commemoration of the 2019 World Mental Health.

The News Agency of Nigeria (NAN) reports that mental health includes our emotional, psychological and social wellbeing. It affects how we think, feel, and act.

It also helps determine how we handle stress, relate to others, and make choices. Mental health is important at every stage of life, from childhood and adolescence through adulthood.

According to Awesu, there is a need to change the mindset of everyone on how to maintain good health.

He said that family and neighbours need to be up and doing, and as well be up to the task of curbing the tide.
Also, Dr Veronic Nyamali, a psychiatrist,said that life should be seen from mixed angles of good, sweet and bad.

Nyamali said that suicide should not be an option to end one’s life, noting that the World Health Organisation (WHO)’s statistics show that one million people died of suicide.

She said that when these factors occurred, attention should be given to the families of the bereaved, not to be hammering on what the victim used in taking his or her life, such that we all know sniper now.

The psychiatrist enjoined the governments to put up a unit in the hospital environment to be dealing with cases of suicide as it was being done in accident emergencies in normal hospitals.

Nyamali said that the media also have great role to play in the surge and should always help in the areas of information and keeping hope alive for whoever was passing through one challenge or the other.