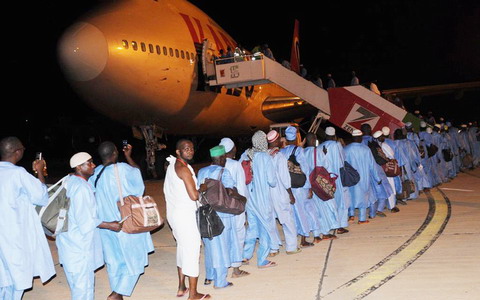 The National Hajj Commission of Nigeria (NAHCON) says plans were on to introduce the Hajj savings scheme for intending pilgrims.

The Head of Public Affairs of NAHCON, Mrs Fatima Usara, disclosed this in an interview with the News Agency of Nigeria (NAN) on Wednesday in Abuja.

Usara explained that the ideas was to assist intending pilgrims to save for their Hajj plans.

According to her, the policy is yet to be firmed up for the 2020 exercise.

Usara said the idea would provide an avenue for low-income earners wishing to perform Hajj in the future to deposit their money with the commission from time-to-time before the due date for the exercise.

She also said that the commission was yet to fix a minimum amount for the first deposit.

The NAHCON spokesperson also said the depositors were at liberty to choose the period of time for their savings before the time of Hajj.

NAN reports that NAHCON had earlier commenced a review of 2019 Hajj and Umrah activities with a view to improving its operations ahead of 2020 pilgrimage.

NAHCON also requested pilgrims from the 36 state Muslim Pilgrims Welfare Boards and FCT to register their commendations, complaints and recommendations on the 2019 exercise. (NAN)