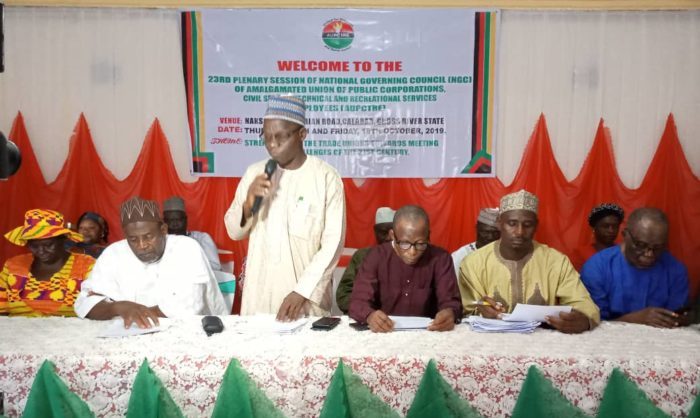 The Amalgamated Union of Public Corporation Civil Service, Technical and Recreational Services Employees (AUPCTRE) has expressed concern over the myriad of challenges facing the nation.

At a meeting of its National Governing Council (NGC), AUPCTRE expressed grave concern over the high rate of unemployment, poverty insecurity, medical tourism among others.

AUPCTRE President Benjamin Anthony who spoke at its 23rd plenary session in Calabar expressed worry that the challenges have assumed dangerous dimensions.

He said that the situation called for serious concern of all patriotic Nigerians.

The President expressed displeasure at the delay by the government to reach an agreement on the approved minimum wage.

He decried that poverty has been on the increase, urging the government to work assiduously to tackle the challenges.

AUPCTRE however, commended the Federal Government for diversifying the economy using agriculture which has brought about more investment opportunities.

The union called on the government to bring back the defunct Nigerian Marketing Board to regulate the price of agricultural produce.

On his part, Raphael Imade, General Secretary of AUPCTRE said that the NGC is the second highest organ of the union which is expected to take stock of the union activities.

Dr Abari urged the labour Union to also be in solidarity with the government, adding that they should emulate international best practices.