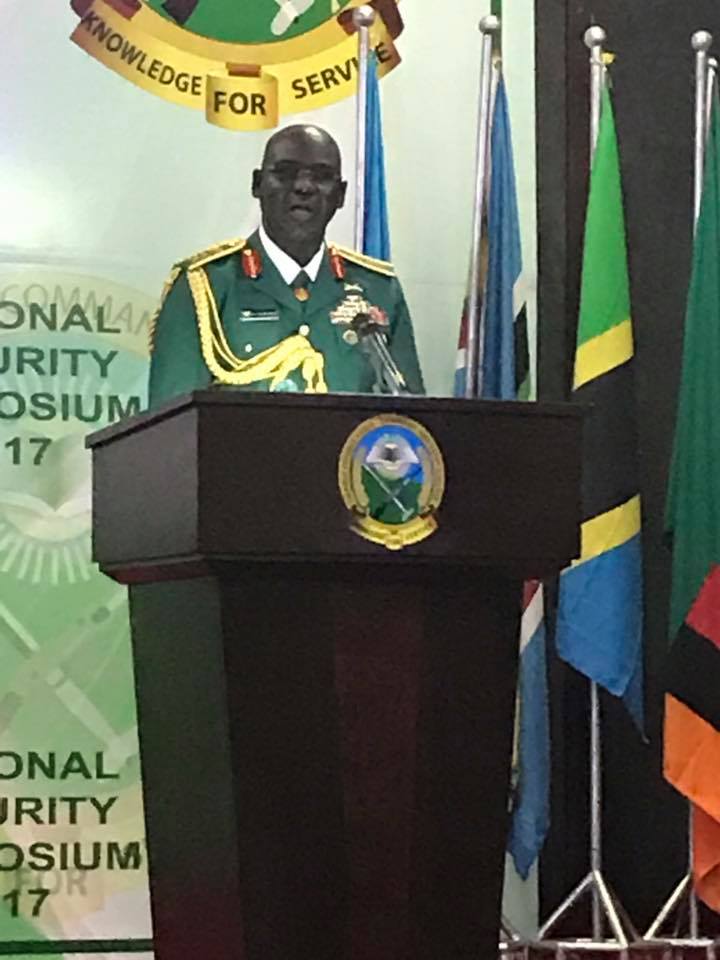 The Chief of Army Staff (COAS), Lt.-Gen. Tukur Buratai has called for improved funding for the Nigerian Army to meet with the current challenges in the fight against insurgency in the country.

He made the call at the opening of the 12th Biennial Training Conference of the Nigerian Army Finance Corps in Uyo, on Monday.

He said that the current funding for the army was inadequate in view of the roles it was playing in the internal security of the nation.

The News Agency of Nigeria (NAN) reports that the theme of the conference was “Expanding Roles of the Nigerian Army in Internal Security Operations: Funding Imperatives.”

He said that the public sector financial reforms, such as cashless policy, treasury single account and Integrated Payroll and Personnel Information (IPPIS), had prevented leakages in the sector.

The army chief said that some of the policies would affect the optimal performance of the army and its core competencies, if not well managed.

“The Nigerian Army will continue to ensure prudence and accountability in the utilisation of available resources.

“To this end, I authorised the establishment of Directorate of Audit and Financial Management (DAFM), which reports directly to my office.

“The essence is to ensure judicious application of all appropriated funds disbursed to the Nigerian Army formations and units.

“The DAFM has supported the army in deriving value for money in its financial transactions and application of funds,” he said.

Buratai said that the army had devised new strategies to combat insurgents in the country.

He stressed the need for the personnel to continue to be loyal to constituted authority and submit themselves to civil rule.

“In the discharge of this duty, I had charged all personnel to remain committed to the global best practices by strict adherence to the rules of engagement and code of conduct,” the army chief said.

He added that in spite of the daunting challenges of the operations, the army had maintained a rugged determination to turn the tide against insurgents.

Buratai said that the army finance corps remained central to the performance and effectiveness of the service during operations and peace times.

Earlier, Gov. Udom Emmanuel of Akwa Ibom said that government alone could not fund the demands of the military.

Udom, who was represented by Mr Akan Okon, the state Commissioner for Economic Development and Ibom Deep Seaport, said that the private sector must be brought in to assist in the funding of the operations of the army.

He commended the army for its role in curbing the insurgency, kidnapping, banditry and other security challenges confronting the nation.

In his address, the Chief of Account and Budget (Army), Maj.-Gen. Adekola Bakare, said that the theme was chosen to enunciate the challenges posed by inadequate funding of the army operations.

Bakare said that the conference would afford participants the opportunity to conduct a detailed appraisal of the current policies and procedures.

He said that this was geared towards repositioning the corps to provide transparent and efficient services to the army.

NAN reports that the conference was a forum for capacity building in the finance corps to enhance human capital development. (NAN)