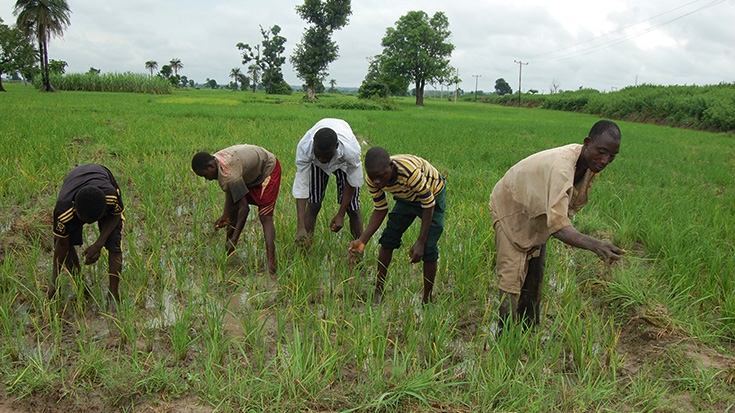 An Enugu-based rice farmer, Mr Ekene Uzodinma, has lauded the Federal Government for mustering the political will to close the country’s borders to check smuggling and other cross border crimes.

Uzodinma, who is the Manager of Excellent Integrated Farms Ltd, Enugu, made the commendation in an interview with News Agency of Nigeria (NAN) in Enugu on Wednesday.

According to him, the Federal Government should sustain the measure in view of its positive impact on the nation’s economy policy.

He said that prior to the border closure, rice farmers had unfair competition with foreign rice being smuggled to the country through land borders.

According to him, the measure has tackled the age-long illegal importation of weapons and ammunition that hitherto aggravated the state of insecurity in the country.

“Border closure; I want to, first of all, congratulate Nigerians and thank the government for taking that bold step to close the borders.

“Beyond the positive effect it has on rice, it has positive effects in so many other things; ammunition and firearms and a lot of things being smuggled into the country, not just rice.

“Secondly, the Federal Government also loses so much revenue to smugglers, not just rice.

“On the other hand, that closure has also created opportunities for farmers in Nigeria; that means our products are being purchased this time around.

“Our rice is the best anywhere in the world. We have the best rice because of the kind of texture of land in Nigeria. The taste of our rice is different and nutritious, it is very beautiful.

“It is unfortunate; we also unduly regard imported goods; which made it almost impossible for us to sell our products.

“So, the border closure will also help the farmers to boost their production, increase their earnings and also promote the made-in-Nigeria goods.

“For me, I am trusting God that the Federal Government will sustain the border closure to the point where our rice can now be exported abroad,’’ he said.

Uzodinma, whose brand of rice is called Elfrida Premium Quality, noted that youths could take advantage of the recent development to maximise the opportunities and profits in the agricultural sector.

“I will also want youths in Enugu state to take advantage and participate in the free-of-charge `One Youth, One Hectare’ of farmland project being organised by my Non-Governmental Organisation, The New Enugu Project (TNEP).’’ (NAN)