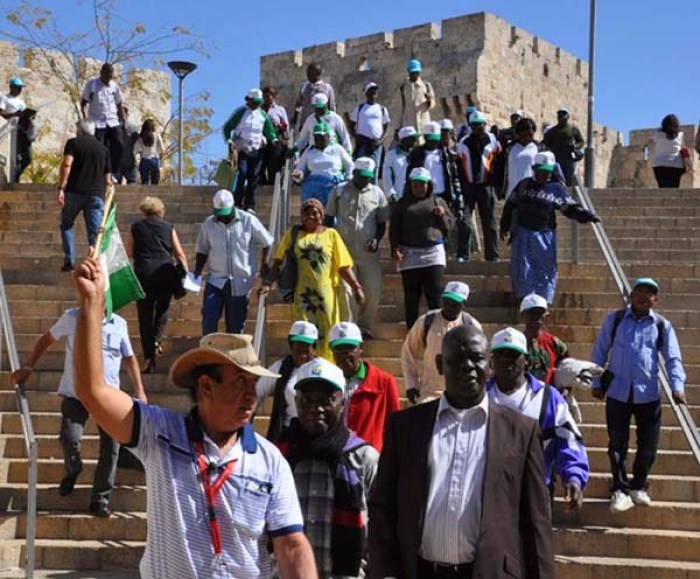 Christian pilgrimage to be modified – NCPC

Kwaghe made this known in a statement by Celestine Toruka, Head, Media and Public Relations, NCPC, on Saturday in Abuja.

She spoke during a sensitisation visit to the Deputy Governor of Gombe State, Dr. Mannasseh Jatau.

She explained that part of the new developments the commission would introduce in the exercise included skill acquisition and agricultural expositions.

The NCPC boss intimated her host that Gombe state had continued to be “one of our key players in pilgrimage development over the years.”

She commended the state government for its consistency in sponsorship of Christians to the Holy Land.

She solicited for more sponsorship of Christians to Israel, adding that she had already tasked stakeholders in the state to ensure they complimented the effort of the government.

kwaghe told the deputy governor that the 2019 general pilgrimage was around the corner and that the two major religions in Nigeria – Christianity and Islam – knew the importance of the exercise.

She explained that pilgrimage to Israel helped Christians to renew their faith in God and at the same time make the Bible alive.

The director informed him that the Gombe state contingent to Israel had never recorded any single case of abscondment and attributed it to the home-grown discipline instilled in the pilgrims by government.

Responding, the deputy governor said that the government of Gombe state realised the spiritual benefits of pilgrimage to both Christians and Muslims.

Jatau stressed that society had become morally bankrupt and that evil had increased at an alarming rate.

He noted that pilgrimage had a great role to play in the reawaken the conscience of Christians through prayer in the Holy Land.

According to him, we need pilgrimage now more than ever; we need to go back to God.

Jatau promised that the state government would continue to support and sponsor Christians to the Holy Land despite its dwindling resources.