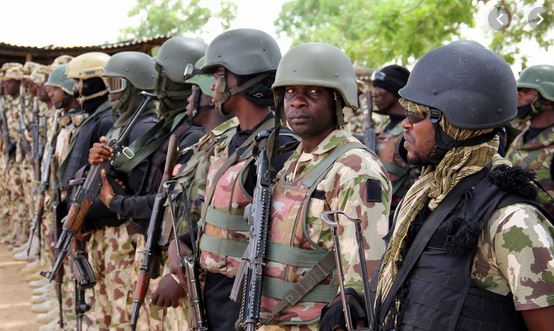 The Nigerian Army (NA) has vowed to investigate, apprehend and sanction its personnel who are involved in professional misconduct such as extrajudicial killings and torture of suspects.

The Acting Director Army Public Relations, Col. Sagir Musa, disclosed this in a statement on Monday in Abuja.

Musa said that the decision was sequel to a video reportedly showing some army personnel engaged in torture and extrajudicial killing of a suspected Boko Haram terrorist likely in the North East.

He said that the army authorities had clearly and strongly condemned the action of those involved in the misconduct.

“NA training, Rules of Engagement and Standing Operating Procedures guiding the conduct of all her operations are unambiguous about human rights abuses and extra-judicial actions including the rights of the arrested/captured terrorists/combatants.

“Troops in the various theaters of operations in Nigeria have been consistently warned to desist from rights infractions of any form no matter the amount of desperation, anger or provocation.

“Where ever, such is noticed or reported, once it is confirmed, appropriate decisive sanction or punishment is usually immediately meted out to the perpetrators and this case would never be an exception,” he said.

He assured that the authority had commenced a thorough investigation to apprehend the culprits with the aim to deal with them in accordance with the extant military justice system.

He added that the public would surely be informed of the results of the actions taken so far.

”The army as a responsible and law-abiding organisation will remain professional in the discharge of its constitutional roles.

“It will continue to operate within the ambit of the law in line with the local and international best practices,” he said. (NAN)