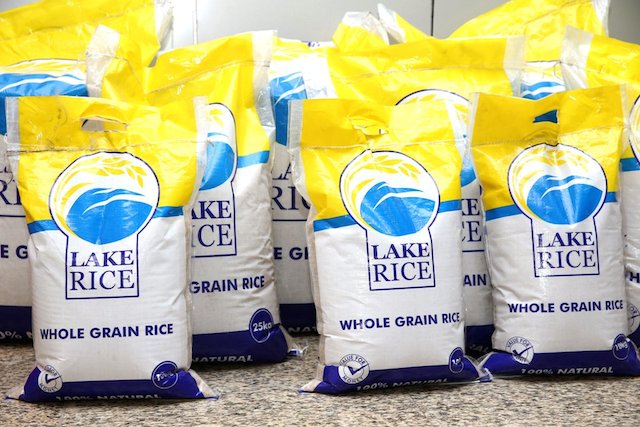 The Deputy Chairman of the Council, Gov. Atiku Bagudu of Kebbi, stated this in an interview with News Agency of Nigeria (NAN) in Makkah, Saudi Arabia.

He stated that the Council was aware of the current high prices of rice, assuring Nigerians that rice would be made available at a cheaper rate.

According to the governor, the government is also aware of the activities of some individuals and groups bent on frustrating the new rice policy.

“The good news is that there is a lot of production in the country. All the Millers in Nigeria have enough paddy and farmers are producing and the harvest is coming in strong.

“We believe in addition to market forces, there are some people bent on manipulating the situation in order to exploit bigger revenue, bigger profits and some may even be doing so for the wrong reason.

“We are taking steps to ensure that more rice is taken to markets where shortages can easily be created.

“There is enough production in the country and the National Food Security Council is focused on how to ensure that availability is restored all across the country so that prices will come down reflective of the cost of production,’’ he said.

On the reported loss of about N1 billion by Onion farmers in Kebbi State, Bagudu said the government would always respond to farmers’ predicaments promptly.

The governor, however, said that the assessment of the total loss by the farmers had not been completed by relevant agencies.

He disclosed that the federal government had approved N23billion for distribution to States affected by flood disaster this year.

“We have always responded to farmers’ issues or any trade group that has a misfortune, both the State and the Federal Government has been very active in helping.

“You may recall that recently, Mr President approved about N23 billion for states affected by flood which Kebbi is one of them, and this is in addition to our own resources that we mobilise to support our farmers.

“This year’s rainy season is unusual, as of last week there was rain and it’s unusual.

”For the onion farmers they have calculated that the rain will stop by September because when onion is growing there is a point at which it does not desire rainfall, now we have rainfall.

“I’m not sure of the N1 billion lost in terms of quantum because we have not done the assessment but we are always willing and ready to support all our producers especially when they are faced with unforeseen circumstances like this,’’ he said.

NAN reports that Bagudu was on the entourage of Buhari’s official visit to Saudi Arabia which ended on Saturday.

Others governors on the president’s entourage included Prof. Babagana Zulum of Borno and Aminu Masari of Katsina.