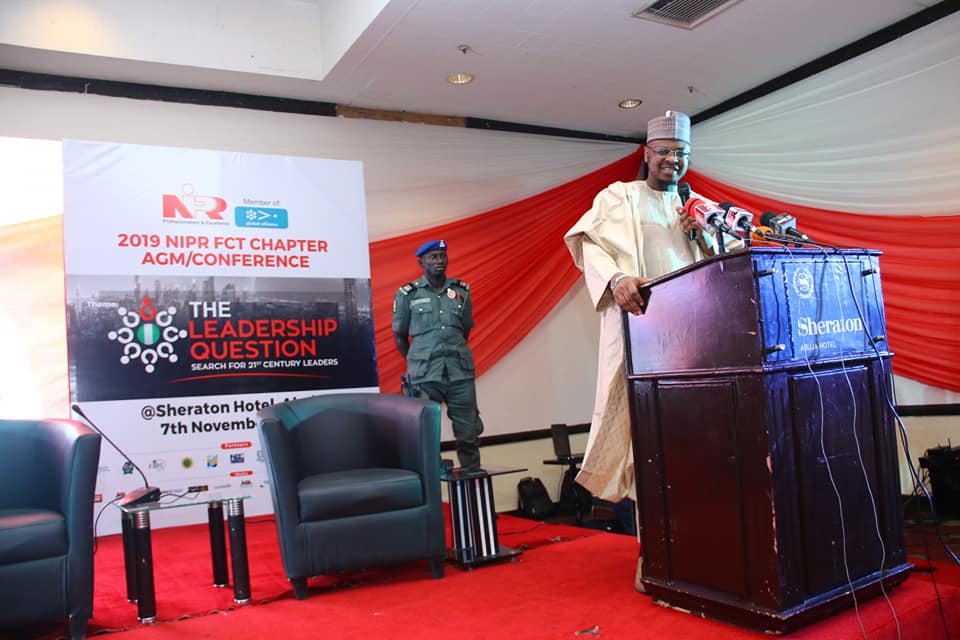 The Honourable Minister of Communications and Digital Economy, Dr Isa Ali Ibrahim Pantami FNCS, FBCS, FIIM has called on Public Relations Association to shun ethnicity, tribalism, nepotism and other forms of sentiments in their day to day activities and most especially, in the selection of leaders.

The Minister made this known today while making his remarks in his capacity as the Guest of Honour, during the 2019 Nigerian Institute of Public Relations (NIPR) FCT Chapter Conference with the theme “The Leadership Question; Search for 21st Century Leaders”, held in Abuja.

The Minister maintained that the quality of a leader is the dominant factor in bringing positive change, “I have been so passionate about some qualities of His Excellency, President Muhammadu Buhari since 1983, I respect people that are trustworthy irrespective of tribe or religion”, he said.

Dr Pantami revealed that the Next Level Ministry under his watch has redirected its focus to take the lead in Africa when it comes to digitalization. Adding that “ In ICT today, we need to be proactive to derive the maximum benefit of Digital Technologies”.

NEWER POSTDr. Pantami Promises Telecom Infrastructures to be Considered as Critical National Asset
OLDER POSTDay 7 of the Presentation of Budget Report of the Appropriation Committee