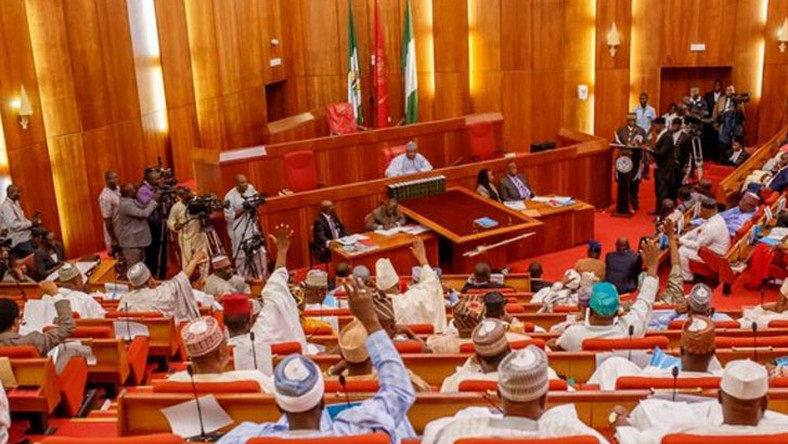 The Senate on Tuesday urged the Federal Government to make funds available to contractors handling the Baro River Port project for final completion of the project.

The call followed the adoption of a motion at plenary on the urgent need to complete all the necessary components of the Baro River Port Project of Lower River Niger.

The motion was sponsored by Sen.Bima Enagi (APC-Niger) and co-sponsored by 22 other senators.
Moving the motion at plenary, Enagi said the Federal Government had awarded a contract for the dredging of the Lower River Niger, construction of Baro Port and installation of cargo equipment.

He said the project was designed to ensure access road for movement of goods and services to the Northern part of the country for improvement in socio-economic activities in the north.

He said Baro port project was expected to generate 3,000 direct jobs and many more indirect jobs.

He added that the project on completion would improve the road network by keeping heavy-duty trailers and trucks off the roads.

This, he said would help expand the life span of the roads.

Enagi said the Baro Port and cargo handling equipment components of the project had been completed and commissioned by President Muhammadu Buhari on Jan. 19.

The lawmaker maintained that the Lambata -Bida road had only recorded 20 per cent completion while the Agaie-Katcha-Baro road recorded only per cent progress.

He said funding of the access roads had been grossly inadequate as N670 million and N4.5 billion so far had been released for the project out of the N17 billion and N33 billion appropriated.

Enagi said that over N40 billion had been expended on the various components of the Baro port project without achieving any significant progress towards utilisation of the port.

He said it was worrisome that such a laudable project with all its potential benefits would be so neglected.

He said heavy vehicles conveying goods for haulage were contributing in destroying the roads in the country.
Alero said the completion of the Baro port would have a significant improvement on the economy.

Sen. Ali Ndume, (APC-Boronu) urged President of the Senate, Ahmad Lawan to personally meet with the executive to provide funding for the completion of the project.

He said the senate could use the opportunity of working on the budget at the moment to appropriate funds for the project.

Senate in its resolution also resolved to urge the Federal Government to facilitate rehabilitation of the narrow gauge railway in Baro to ensure rapid socio-economic growth of Nigeria.

It also urged for continuous dredging and maintenance of National Inland Water Ways (NIWA) of the River and Benue Niger to ensure navigability.

The Senate also mandated its Committees on Marine Transport and Works to investigate activities on the Baro Port and make recommendations to facilitate its completion.

Earlier, the Senate at plenary also received and adopted an Ad-hoc Committee on the investigation of the causes of pipeline explosions in Komkom, Rivers and Ijeguu in Lagos state.

The report was presented by Sen. Gobir Ibrahim (APC-Sokoto).

The senate having adopted the 16 point recommendations of the report, urged the Nigerian National Petroleum Corporation (NNPC) to identify those responsible for the pipeline explosion for appropriate sanction.

President of the Senate, Dr Ahmad Lawan also mandated the Senate Committee on Petroleum Upstream to invite the NNPC to find out measures it had put in place to protect the pipelines in the country.