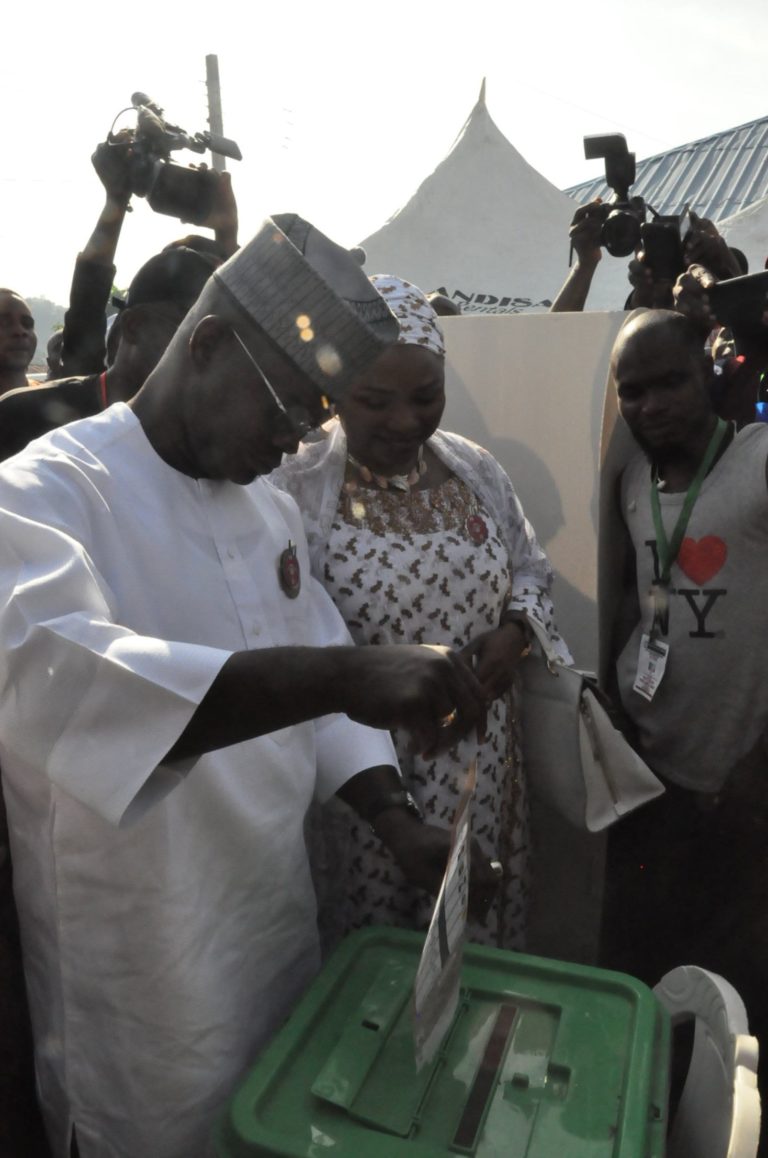 The governorship election in Kogi State has commenced with Gov. Yahaya Bello who is seeking re-election casting his vote at his Upogoro-Odenku Ward in Okene Local Government at about 8:50 am.

Bello was accompanied by his wife, Amina , who also voted at the same polling unit.

There nine polling units in the area with registration Code 11.

The voting process started earlier at a slow pace in parts of Lokoja due to the late arrival of the Independent National Electoral Commission (INEC) officials and election materials.

A Correspondent of the News Agency of Nigeria (NAN) who visited the polling units at Ansarul Islam pry school and Lokoja Club House in the city, reports that accreditation and election were yet to start as at the time of filing this report.

INEC personnel began to arrive at the polling units a few minutes to 9a.m. and began to set up the tables and chairs for accreditation to begin.

However, NAN can report that there was a large turn out of voters at the polling units.

Alert-looking security personnel including policemen, officials from the civil defence, immigration, and FRSC were seen at the polling units.