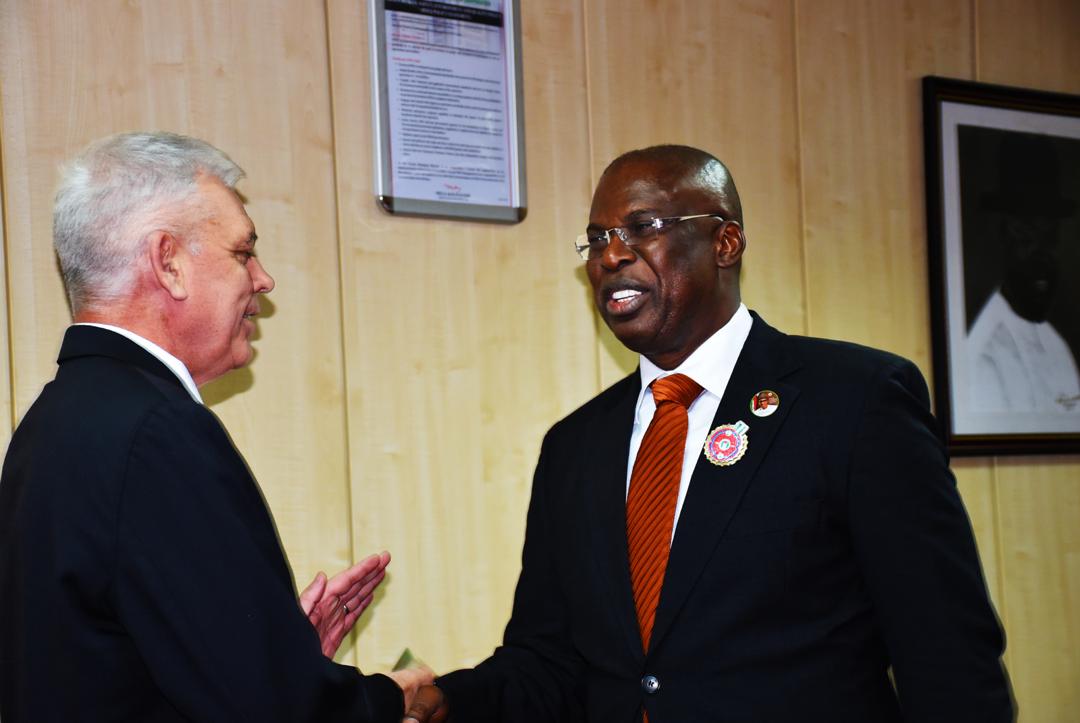 The Honorable Minister of State for Petroleum Resources, Chief Timipre Sylva today, received the Chairman and Managing Director of ExxonMobil in Nigeria, Mr. Paul McGrath, who also doubles as the Chairman of the Oil Producers Trade Section (OPTS) of the Lagos Chamber of Commerce and Industries (LCCI).

Their discussion centered around the activities of ExxonMobil in Nigeria with Chief Sylva assuring the ExxonMobil Chairman that although the aim of the Nigerian Government is to attract more investors in the Oil and Gas Sector, this should not be done at the expense of the long-term relationship that has been built over the years with existing investors.

Chief Sylva further touched on the recently assented Bill that amended the Deep Offshore (and Inland Basin Production Sharing Contract) Act, which he said was deemed necessary in recognition of the current realities in the sector. He applauded the partnership between ExxonMobil and Nigeria while stating that “as partners in progress, frequent collaboration was important.” He encouraged ExxonMobil and other Oil firms to always endeavour to ensure full representation at State events that will further cement the partnership.

The ExxonMobil boss appreciated the Minister for his frankness and assured that deepened partnerships will continue to be sustained and top-level representation at State events, made sacrosanct. Mr. Paul further applauded the zeal of the Minister which he likened to his own and expressed his hope that they will continue to have a more profitable relationship. He noted his optimism that the two critical sector needs which include, certainty and business competitiveness will be put on the front burner by the Chief Sylva led Ministry of Petroleum Resources. He pledged his commitment to sustain the relationship with the Federal Government through the Ministry of Petroleum Resources while noting that “there is nobody who doesn’t want to invest in Nigeria.”