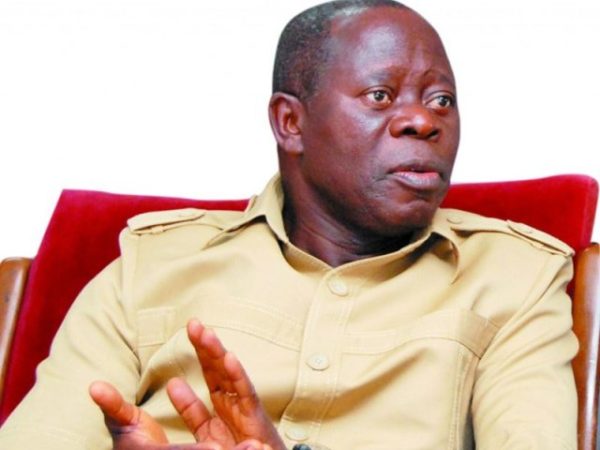 The National Caucus of the All Progressives Congress (APC) on Thursday night endorsed the proposed meeting of the National Executive Council of the party slated for Friday.

APC National Chairman, Comrade Adam’s Oshiomhole, confirmed this while speaking with State House correspondents after the national caucus meeting of the party, presided over by President Muhammadu Buhari in Abuja.

The News Agency of Nigeria (NAN) reports that there had been growing tension between the leadership of the party and some members particularly state governors over delay in convening the NEC meeting.

Oshiomhole disclosed that the meeting also deliberated on the party’s 2020 budget and reviewed the performance of the party in the last election.

”You know it’s a meeting of National Caucus. Basically, it is just to review the performance in the last election, current issues, next year’s budget, and disciplinary issues,” he said.

”There is no pressure. NEC meeting was scheduled like two months ago. We are just waiting for the day to come. It was fixed two months ago. And it is taking place on Friday. Are you not aware of that?

”We have a NEC meeting to look at our financial statements for the previous year, budget for next year, issues that arose during and after the elections, and current outcomes of various cases that went to court; the one we won and the one we lost; going forward; issues in some states where we have disagreements and how to resolve them.

”I think that is it. And it went very well. And you can see the president sat all through the meeting,” he added.

NAN reports that those at the meeting included Vice-President Yemi Osinbajo, Senate President Ahmad Lawan and the Speaker of the House of Representatives, Femi Gbajabiamila.

Others were APC national leader, Sen. Bola Tinubu, some APC governors, Secretary to the Government of the Federation, Mr Boss Mustapha, members of the National Assembly as well as elders of the party.(NAN)