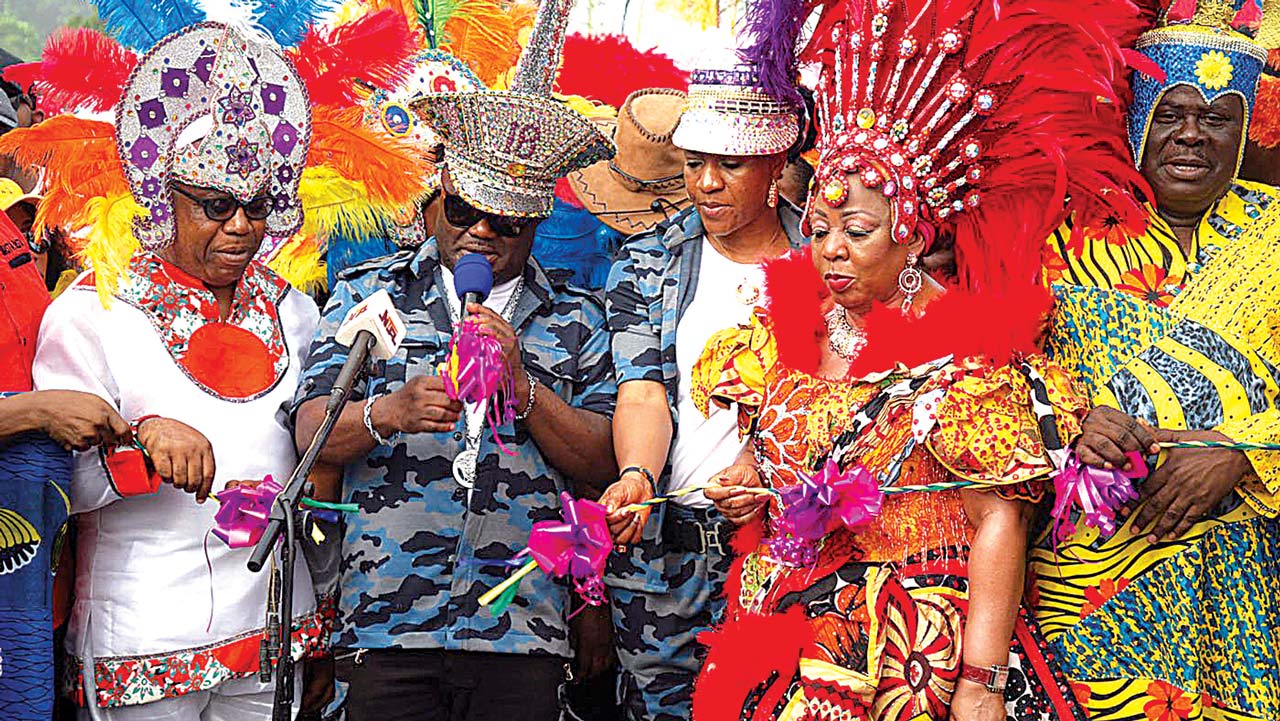 35 countries to participate in 2019 Calabar Carnival

The Carnival Calabar Commission on Wednesday said delegates from 35 countries and 20 Nigerian states would be participating in this year’s forthcoming Calabar Carnival.

The commission’s Chairman, Mr Gabe Onah, told the News Agency of Nigeria (NAN), in Lagos that participants were expected from Vietnam, Bangladesh, Italy, Brazil, Malawi, Kenya and many others.

Onah said that delegates from other countries would actively participate in the carnival scheduled to take place between Dec.1 and 30, through various performances and other activities.

“We will have over 20 states within the country showcasing their culture in various ways in a street procession by Dec. 26.

“More of Nigeria’s cultural and tourism content will be showcased to these International delegates at the carnival, because we want to encourage in-bound tourism.

“In order to create more excitement during the carnival, the governor has established 10 performance centres to engage a good number of the audience, this has always been his wish,” he said.

Onah assured local and International tourists of safety of lives and property during the carnival, adding that adequate security system was already on ground.

He said that during the carnival in December every year, crime was usually low in the state as people were usually in celebration moods.

“It is a platform for the youths to engage themselves. So, they are often too busy to engage in frivolous ventures.

“In providing security, we work closely with the navy, army, police and other para-military bodies , even the state security services,” he said.

The Commission Chairman said that it was Gov. Ben Ayade that personally gave the theme of this year’s carnival as; “Humanity”.

Onah said that the theme was meant to reflect on, and address the problem of man’s inhumanity to his fellow men in their communities and societies.

“Man has become so mean that the animals are doing better than us. There is the need for us be one another’s brothers’ keeper, and positively change our society for the benefit of all.

“Man has become insecured; man has become unfair to fellow man that for a pot of porridge, we can sell our own brothers. This cruel behaviour must not be encouraged.

“This is the most challenging theme we will experience since the inception of the carnival as it touches everyone,” he said.

Onah said that during the carnival, a Christmas Village would be opened that Nigerians must take advantage of as part of their Christmas celebration.

He said that the Christmas Village was set up to enable the youths set up stands stocked with Cross River products that would be of interest to tourists.

“The carnival is actually drama on the move, all the elements of theatre are found in it. On Dec. 26th, we will hold the cultural carnival, while Dec. 27 is the bikers’ parade. Dec. 28 is the main carnival.

“On Dec. 30, the black African music festival will hold to introduce the blacks who have become successful in the Diaspora in arts and music.

“The carnival is also being used to woo Nigerians in the Diaspora back to their roots,” he said. (NAN)