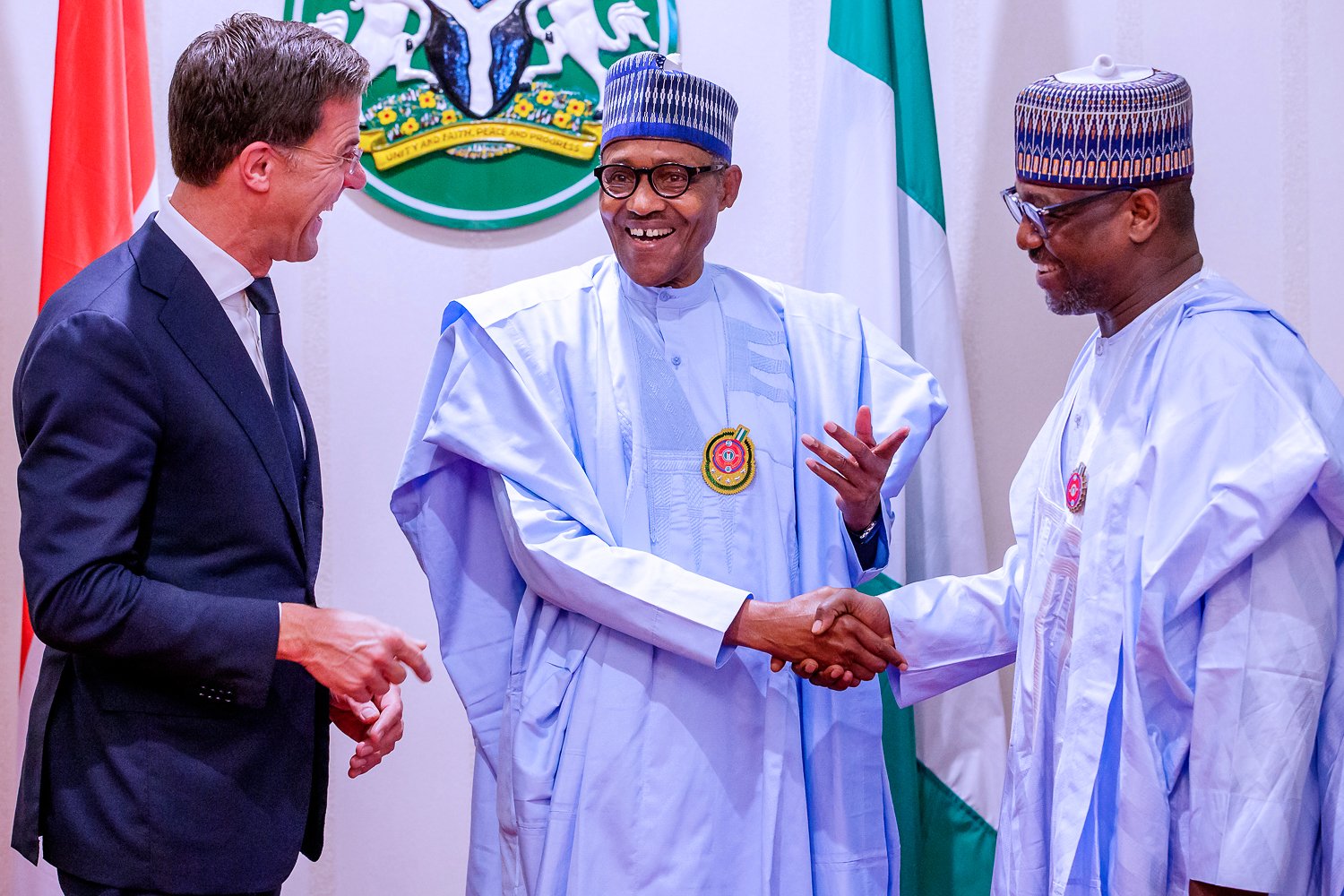 President Muhammadu Buhari and his Dutch counterpart, Mark Rutte, Prime Minister of Netherlands, were pleased with the public-private partnership between Friesland Campina WAMCO Nigeria PLC and the Niger State government on the backward integration initiative.

Both country leaders witnessed the signing of a Memorandum of Understanding (MoU) between the Governor of Niger State, Alhaji Abubakar Bello, and Mr Roel van Neerbos, President  of FrieslandCampina Consumer Dairy, at the Presidential Villa, Abuja.

Neerbos said this in a statement he issued out in Lagos on Wednesday and said that the partnership was an important step in strengthening the long standing relationship with the Nigerian government.

“The collaboration aligns with our vision to provide better nutrition to the world with our Dairy Development Programme (DDP).

“FrieslandCampina enables the local dairy farmers, like in Nigeria, to run their businesses optimally and raise the quality and quantity of their dairy production via the DDP,” Neerbos said in the statement.

He said that the backward integration initiative project was ongoing on a 10, 000 hectares of land at the Bobi Grazing Reserve in Niger state under FrieslandCampina WAMCO’s Dairy Development Programme (DDP).

Neerbos said that the project was in line with government’s National Livestock Transformation Plan which seeks to grow livestock farming in Nigeria and transform the dairy sector into an economic force that would enhance economic growth and people’s empowerment.

“As the federal government’s preferred partner on dairy development and backward integration initiatives, FrieslandCampina WAMCO continues to lead DDP in Nigeria by expanding to more states.

“Currently, the company has developed pasture on 1,000 of the 10,000 hectares of land assigned to it at the Bobi Grazing Reserve.

“It has established key infrastructure including a Milk Collection Centre with a high capacity cooling tank and high quality milk testing equipment.

“Furthermore, the company has emerged as the first to introduce hydroponics – a method of growing high-nutrient grass in harsh environments – a green house pasture development that would ensure year-round feed for cows.

“It has also provided solar-powered boreholes to support farmers with potable water and provide water for the cattle,” he said.

He noted that the MOU between Niger State and the company acknowledges the nine-year successes of the latter’s in DDP in Oyo, Ogun and Osun States respectively.

According to him, it seeks its replication and expansion of local dairy production at the reserve, as well as train dairy cooperatives in Niger State on best global practices.

Neerbos said that the pact was made possible by the intervention and staunch support of the Central Bank of Nigeria, one of the core partners of the DDP in Nigeria.

Famurewa said that the company with its DDP partners are collaborating to deepen the inclusive model for local sourcing of fresh milk in Nigeria.

“Through the Dairy Development Programme, the company provides quality nutrition from Grass to Glass by breeding well cared-for cows which are the basis of good quality milk.

Famurewa stressed the company’s commitment to improve the standard of living of dairy farmers, milk quality, safety and volumes, create employment, and capacity building to safeguard food security and nutrition.

She said that FrieslandCampina would continue to lead the dairy space and maintain its position as the market leader in Dairy Development Programme in Nigeria, while stating its commitment to supporting the Federal Government boost food production. (NAN)