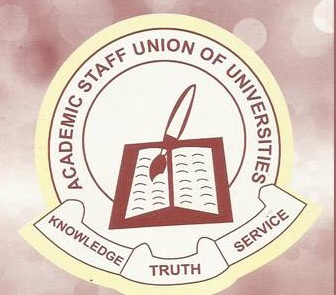 IPPIS: ASUU says no going back on non-inclusion stand

The Academic Staff Union of Universities (ASUU) says there is no going back on its stand concerning it’s refusal to be included in the Federal Government’s Intergrated Payroll and Personnel Information System.

Prof. Biodun Ogunyemi, National President of the union, told the News Agency of Nigeria (NAN) on Wednesday in Lagos that there is nowhere in the world where such a development obtained.

NAN reports that the Federal Government had recently directed that public sector workers, including universities must be captured on the payroll system to save cost and fight corruption by blocking leakages in its salary payment structure.

The move had since been resisted by the university lecturers.

“ASUU has not changed its position and ASUU believes that whoever chooses to go for the IPPIS should also remember that a time will come when they will regret it.

“Our stand against it is not for selfish reasons but we expect that things must be done right at all times.

“ASUU once said that the policies of the World Bank and the International Monetary Fund (IMF) in Nigeria will make the people poorer, increase misery, want as well as compound our economic crisis. This was disclosed about 30 years ago.

“Today, we are have seen the manifestation of these crisis and therefore, IPPIS is an aberration. It does not apply to universities because there is no universities anywhere in the world where IPPIS is applied.

“Even in Ghana where they have something similar to the IPPIS, they went ahead to exclude the universities and that is why we are saying our own cannot be different,’’ he said.

According to him, the world over, people keep advocating for internalisation so as to bring in experts from around the globe to work in a system, whether on a long or short term basis and such persons are normally subjected to the rules of the civil service.

He insisted that IPPIS is designed for civil servants and not for the universities, noting that universities were meant to be governed according to their laws, which explains what is called autonomy.

The ASUU boss added that rejecting the IPPIS did not mean there was anything to hide on the part of the universities.

According to him, it is cheap blackmail for persons to come up with allegations that the stand of the union on IPPIS is as a result of fear of the unknown.

“If there is any such thing, it should be with government because for over 30 years now, we have been calling on government to conduct visitations to universities.

“We have done petitions against some of the Vice-Chancellors that government will need to look into their management of funds on our campuses but government failed to do anything; so, how can people now turn around and accuse us of hiding cases of corruption?

Ogunyemi also said there was the need for government to intensify efforts in ensuring a total blockage of sources of financial leakages through corruption in the system.

“For instance, one could see what the country is losing through the Nigerian National Petroleum Corporation (NNPC) as well as other agencies of government.

“We all know that there are several sources through which we can recoup monies to successfully fund key sectors of the economy such as education in this country.

“It is no longer news that we still have political office holders with stupendous salaries and wages they are paying to themselves.

“A situation for instance, whereby a former governor will be demanding as much as N10 million to be paid to him by his successor as maintenance allowance leaves much to be desired.

“Such things must be condemned and rather such monies should be channeled into profitable things that will turn around the lives of the people and take the country to its desired place,’’ he said.

The unionist added that there was the need for government to prioritise, noting that it was not as if the country did not have the capacity to fund education adequately but rather did not see it as a priority.

He noted that the union had proposed some alternatives sources to ensuring adequate funding of the education in the country.

Ogunyemi said that one major alternative was that of the proposed stamp duty.

According to him, a lot of money is coming through stamp duty most of which the country cannot account for, adding that Nigeria could generate trillions of Naira through this source to fund education.

He said that the union before now, had also suggested to government the need to turn over most of its abandoned properties in various parts of the country like Lagos to the universities.

“We had an agreement on this with government as far back as 1992. The same goes with consultancy on our campuses.

“It may shock you to discover that government will go ahead to get people to be doing consultancy on our campuses. This is unacceptable.

“There is no area of expertise that we cannot attract experts on our campuses. It is indeed like we are obsessed with anything foreign in this country and this mentality must stop,’’ he said. (NAN)