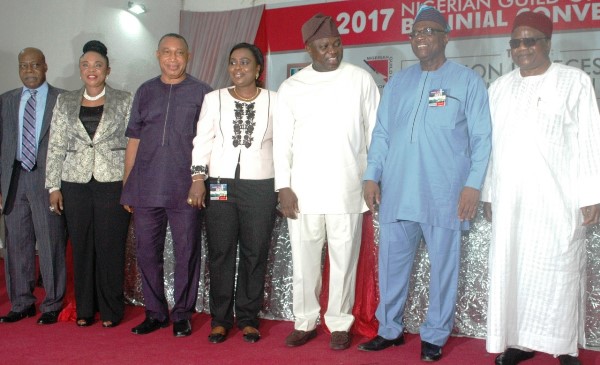 Editors under the aegis of the Nigerian Guild of Editors on Thursday expressed their opposition to fake news and hate speech.

The Acting President of the Guild, Mustapha Isah, stated the group’s position in Sokoto at the opening of the 15th All Nigeria Editors’ Conference (ANEC).

” The Nigerian Guild of Editors is not in support and will never support fake news and hate speech.

” Our members are trained professionally.

” It is true that the social media space, like any other ecoystem, is being abused by some people,” he said.

He, however,  said the guild was not in support of any move to “surreptitiously ” curtail press freedom.

Isah also advised government to work with critical stakeholders in the media industry to address the challenges relating to fake news and hate speech.

He said the guild chose the 2019 theme of the conference, “A Distressed Media: Impact on Government, Governance and Society,” with a view to focusing on the media as a business.

Isah added that the theme was also meant ” to focus on Nigeria and the sustenance of our democracy because without a robust media, democracy suffers.”

He said the current economic challenges had affected the business of journalism, warning that practitioners must survive first to perform their constitutional responsibility of holding government accountable to the people.

“The constitution gives the media an enormous responsibility of holding governments accountable to the people without providing for us the economic and the constitutional protection to do our duty.

” The media is passing through a tough phase. We are going to survive and we must survive.We will find solutions to our problems,” he said.

According to him, the Nigerian media has a rich history, having been in the forefront in the fight against colonialism and the struggle for democracy.

Isah also commended Gov. Aminu Tambuwal of Sokoto State for his consistent show of friendship to the media and the guild in particular.

The News Agency of Nigeria(NAN) reports that editors from various media houses across the country are attending the conference.(NAN)

CATEGORIES News
TAGS Mustapha IsahPresident of the Guild
Share This