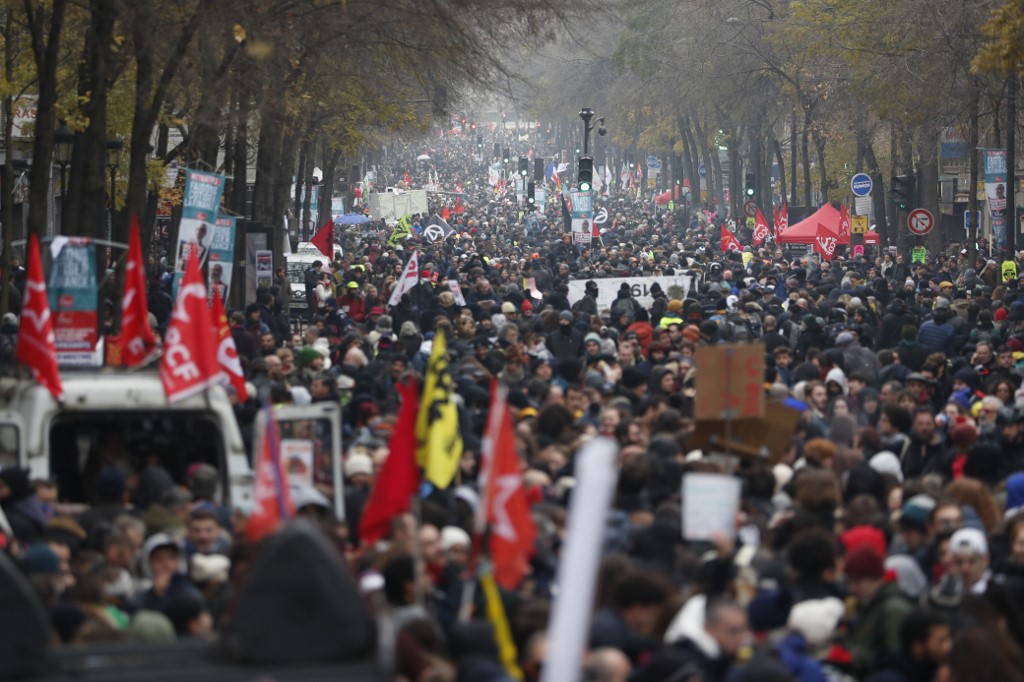 The renewed push by the unions comes a day after a political blow to Macron when the man he put in charge of the reform had to step down in a row about positions he held outside his government role.

With public transport still crippled on the 13th day of a strike against government plans for a single national pension system, operators are appealing to travelers to postpone their trips.

Paris Orly airport was also due to be affected, with aviation authorities telling airlines to cancel 20 percent of their flights.

The government says the new pension system will be fairer, with everyone getting the same pension allowance in proportion to their contributions.

Hardline unions say the plans will worsen pension conditions for many workers and should be withdrawn completely.

Moderates object to a decision to raise the minimum age for retiring on a full pension from 62 to 64 for most workers.

The moderates, led by Laurent Berger of France’s biggest union, the CFDT, which has about 875,000 members, say they will consider further action in January if the government does not concede.

But the hardliners are threatening to continue strike action through Christmas, potentially disrupting holiday travel plans.

The hardliners got more than 800,000 protesters onto the streets earlier this month.