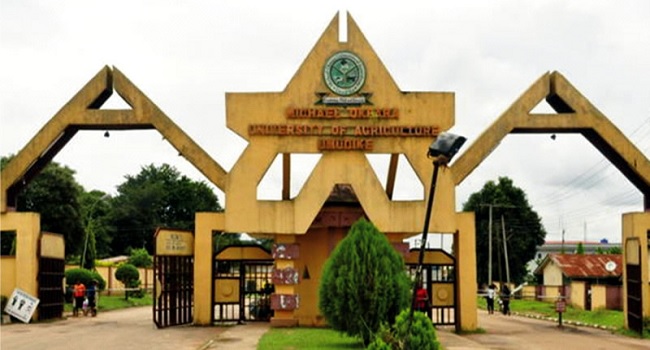 The Federal Government has assured all staff of Federal Universities that the Integrated Payroll and Personnel Information System (IPPIS) will efficiently address all genuine concerns and peculiarities in the institutions.

The Accountant General of the Federation (AGF), Mr Ahmed Idris, stated this in a statement signed by Mr Henshaw Ogubike, the Deputy Director (Press and Public Relations), of the agency on Tuesday in Abuja.

Idris was responding to concerns raised by the Committee of Vice-Chancellors of Federal Universities, when they visited him.

He gave an assurance  that all rules and peculiarities in the universities that were recognised by the government would be accommodated and implemented through IPPIS.

“All the rules that are recognised by the government in the universities, we will go by these rules, none will be set aside,” he said.

Idris said the objection by the Academic Staff  Union of  Universities to  IPPIS was unfounded as the Federal Government had, during many meetings with the universities, assured them that IPPIS was not to take away the autonomy of the institutions.

He said the aim was “to make the management of personnel more efficient”.

He said the practice where universities recruited staff not minding whether their budget would accommodate such employment was responsible for the issue of shortfall in personnel revenue.

Idris explained that IPPIS would help the universities solve the problem of shortfall in personnel revenue as the recruitment and remuneration of staff would be more efficient.

The accountant-general said that at the end of the last enrollment of university personnel on IPPIS, a total of 8, 146 academic and 86, 844 non-academic staff  enrolled.

He said the figures represented more than 70 per cent of the staff of federal universities.

Idris, however, commended the vice-chancellors for the initiative to reach out to the Office of the Accountant General of the Federation on the contentious issue of enrollment of university staff on IPPIS.

He solicited the cooperation of the vice-chancellors with the government as the implementation of IPPIS and other financial reform initiatives aimed at entrenching probity and transparency in the system had come to stay.

Earlier,  Prof. Muhammad nBello, the Chairman of the Committee of Vice-Chancellors and Vice-Chancellor of Bayero University, Kano, observed that the just concluded enrollment raised some issues and requested that the AGF accountant to help resolve them.