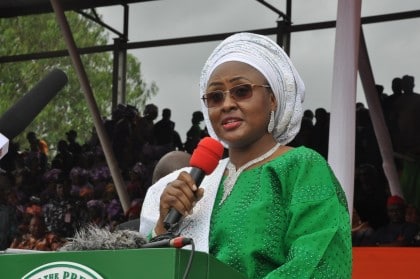 It said the campaign team would be inaugurated on Jan. 3, by President Muhammadu Buhari at the Banquet Hall of the Presidential Villa at 2 p.m.
The appointees are expected to campaign vigorously for the re-election of Buhari and Osinbajo in the February poll.
The list of the appointees also has the APC National Woman Leader, Hajiya Salamatu Baiwa, as the National Coordinator.
Other executive team leaders include Mrs. Adejoke Adefulire as Vice Chairman (South), Mrs. Mairo Al-Makura as Vice Chairman (North), and Barr. Juliet Ibekaku-Nwagu as Deputy National Coordinator (South).

Mrs Florence Abiola Ajimobi would coordinate women and youths from the South West zone while Mrs Judith Chibuike Amaechi would coordinate the South-South women and youths for the exercise.
The statement added that the Senior Special Assistant to the President on Administration, Dr Hajo Sani, would serve as the Administrative Secretary of the team.