2019: No Alternative To APC-Nasarawa Governorship Candidate 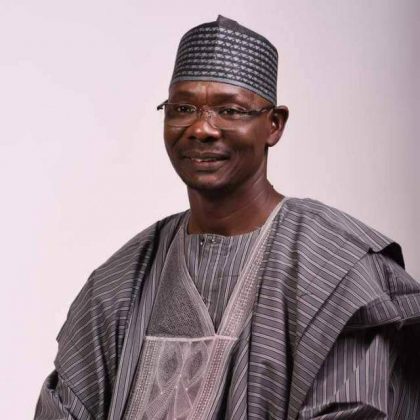 Mr Abdullahi Sule, the All Progressives Congress (APC) governorship candidate for Nasarawa state, on Monday, stated that the party had no alternative to winning the general elections in the country.

”This is because the party has performed creditably in the state and country,” he said.

Sule made the remark while addressing members of the party during the inauguration of local government campaign committees in Lafia.

He said the achievements of the President Muhammadu Buhari-led administration and Umaru Al-Makura’s in Nasarawa state were pieces of evidence of the APC’s commitment to the development of Nigeria.

He called on the members of the party to close ranks and ensure that all APC candidates were delivered in the forthcoming elections.

Sule promised to leverage on his wealth of experience to industrialize state if elected.

He noted that Gov. Umaru Al-Makura had laid a solid foundation for the rapid socio-economic and infrastructure development of the state, adding that his administration would build upon it if given the mandate.

Sen. John Danboyi, Director-General of the APC state Campaign Council, who inaugurated the local government campaign committees, urged members to be united in order to guarantee victory for the party at the polls.

Danboyi said the decision to harmonize all campaigns of the party in the state was strategically aimed at maximizing the party’s penetration to all nooks and crannies of the state.

He explained that the committees would be saddled with the responsibility of developing an effective mobilization strategy toward actualizing the “operation deliver your polling unit” mandate.

He said the committees would also mobilize people in their various communities toward ensuring massive voter turnout.

Danboyi, therefore, called on voters to get their Permanent Voter Cards (PVC) ahead of the polls. (NAN)