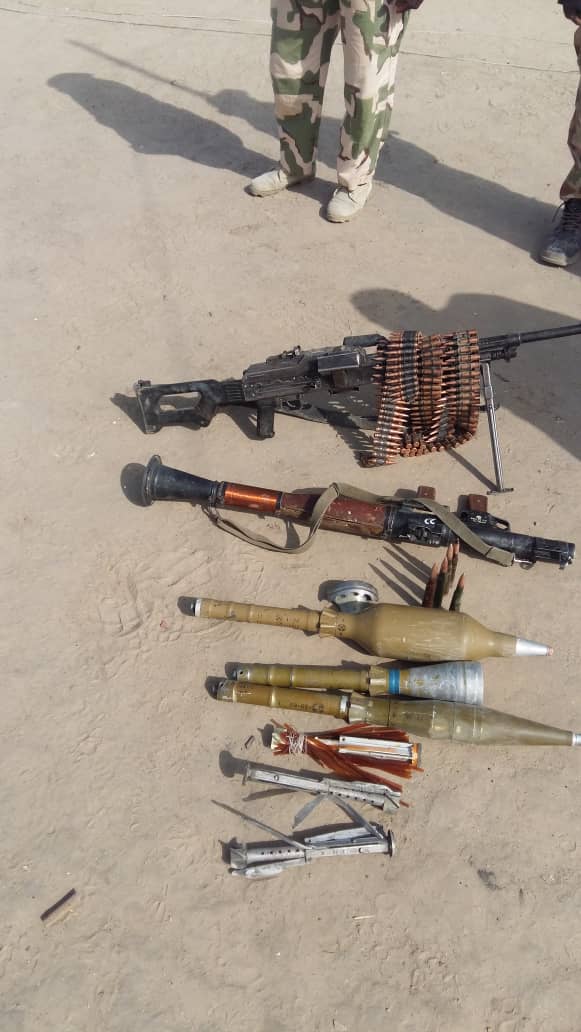 Members of Boko Haram terrorists attempted to attack the town taking advantage of darkness but met their Waterloo in an encounter with gallant troops of 118 and 119 Task Force Battalions.

The vigilant troops engaged the terrorists with heavy fire power and instantly despatched 4 of the attackers to the great beyond, while some of them escaped with gunshot wounds.

The gallant troops are unrelenting and are further exploiting their success, as they engage in hot pursuit of the fleeing insurgents.

Three soldiers however sustained various injuries during the encounter. They are all in stable condition and receiving medical attention.