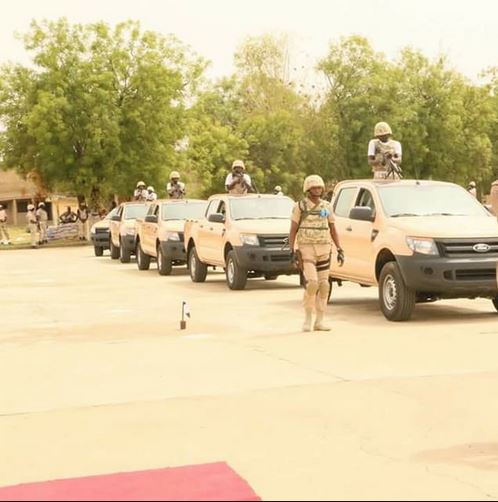 The Katsina State Command of the Nigeria Immigration Service (NIS), says it has rescued 10 minors including a nine-month-old baby from a gang of  human traffickers.

The state NIS Comptroller, Mr Ajisafe Olusola, made the disclosure in a statement on Wednesday in Katsina.

Olusola disclosed that the rescued children were all below the age of 11, adding that two female suspects, Deborah Adewunmi, 29, and Moriliya Ibrahim, 31, allegedly connected with the crime were arrested.

The NIS boss said that the two suspected human traffickers were arrested in Katsina on Feb. 11, 2019, following a tip off.

He said that investigations showed that the suspects were conveying the minors to Libya through Niger Republic without valid travel documents.

“One of the suspects confessed that they are going to meet her husband who is residing in Agadez, Niger Republic to facilitate their journey to Libya.

“They also claimed that they ran out of funds to feed themselves, children, and transport money to go further from Katsina,’’ he said.

Olusola added that the suspects and their victims would be handed over to the National Agency for the Prohibition of Trafficking in Persons zonal office in Kano, for further investigation.