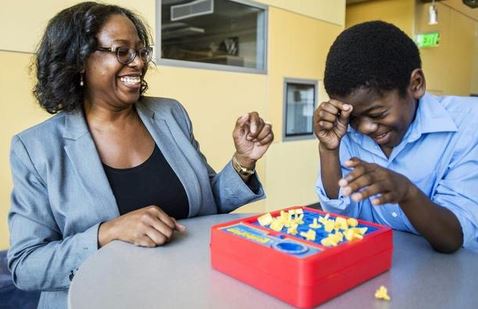 Look Out for Early Signs of Autism in Children – Expert

Dr Torty Chimaeze, a Consultant Neurologist at the University of Calabar Teaching Hospital (UCTH), has advised parents to look out for early possible signs of autism in their children for care.

Chimaeze gave the advice in an interview with the News Agency of Nigeria (NAN) on Tuesday in Calabar on this year’s World Autism Awareness Day.

The World Autism Awareness Day is commemorated annually on April 2 by the United Nations to raise awareness about people living with Autism Spectrum Disorders (ASD).

The theme for 2019 is: “Assistive Technologies, Active Participation”.

Chimaeze said it has been established that if intervention commences early before the age of two, the chances of an improvement in social communication and language in an autistic child is higher than when the child is older.

According to the expert, autism is a neuro developmental problem that occurs at the start of childhood, affecting the social development of the brain in a child as well as the interaction and socialisation of the child.

“You expect a child in the first six months to start making some sounds which progresses into smiles as the child grows older but this does not occur in a child suffering from autism.

“It may start early in some children while in others it starts around the age of two.

“As a child is growing up, you expect the child to identify things in his environment and associate with peers but for children with autism, they are socially withdrawn, they do not communicate both verbally and non-verbally.

“The four cardinal areas everyone should look out for include the child’s social interaction, impairment in language both verbal and non-verbal, as well as repetitive behaviours and restricted interest,’’ he said.

Chimaeze said there was no need to discriminate against such children as seen in the society on daily basis.

“There is a lot of stigma against autistic children; some people believe they are possessed because they cannot communicate or develop normally like the other children.

“Some even think that these children do not have emotions but they do, it is just that the way they are wired; these children cannot help themselves, they need to be stimulated for them to come out of their shells.’’

According to him, it is sad that Nigeria as a nation and Cross River as a state, do not have proper data to have an idea of the number of autistic children in the country and in the state.

“In the last one year, I have diagnosed five children with autism but it is quite unfortunate that Cross River has no establishment or school dedicated to caring for autistic children.

“I believe in the next few years, we will be able to get collaborators to do studies on the number of these children we have in Cross River.

“This is so that when you go to the government for advocacy and support, you will give correct statistics of the prevalence of the condition in the state.

“But for now, our parents must be aware that this condition is with us and the curriculum of teachers should involve child psychology to enable teachers identify children when they start acting strange,’’ he said.